Years ago when Sunny Deol had turned red with anger due to Shahrukh Khan, had torn pants

Sunny Deol and Shahrukh Khan worked together in ‘Darr’.

Mumbai: Sunny Deol used to be the superstar of the 90s. The actor was very popular with his dialogues as well as his acting among the audience. He has always managed to impress people with his acting. Sunny Deol has given many superhit films in his career, which are still very much liked among the audience. When Sunny Deol was the superstar of the industry, the King of Bollywood i.e. Shah Rukh Khan started his career. Both worked together in the superhit film ‘Dar’. But, in a short time he managed to impress the audience. Today we tell you, an anecdote related to Shahrukh Khan and Sunny Deol, which you will be surprised to know.

Actually, this story related to both the stars is related to their film ‘Darr’. During this film, Sunny Deol tore his jeans in anger and Shahrukh Khan became the reason for doing so. In this film, where Sunny Deol played the role of a hero, Shahrukh Khan played the role of a mad lover. But, when this film was released, Sunny Deol saw the matter turning upside down. Because, Sunny Deol was in the lead role, but after the release of the film, he understood that the attention he had to get in the film, the limelight that belonged to him, has all gone to Shahrukh Khan’s account. 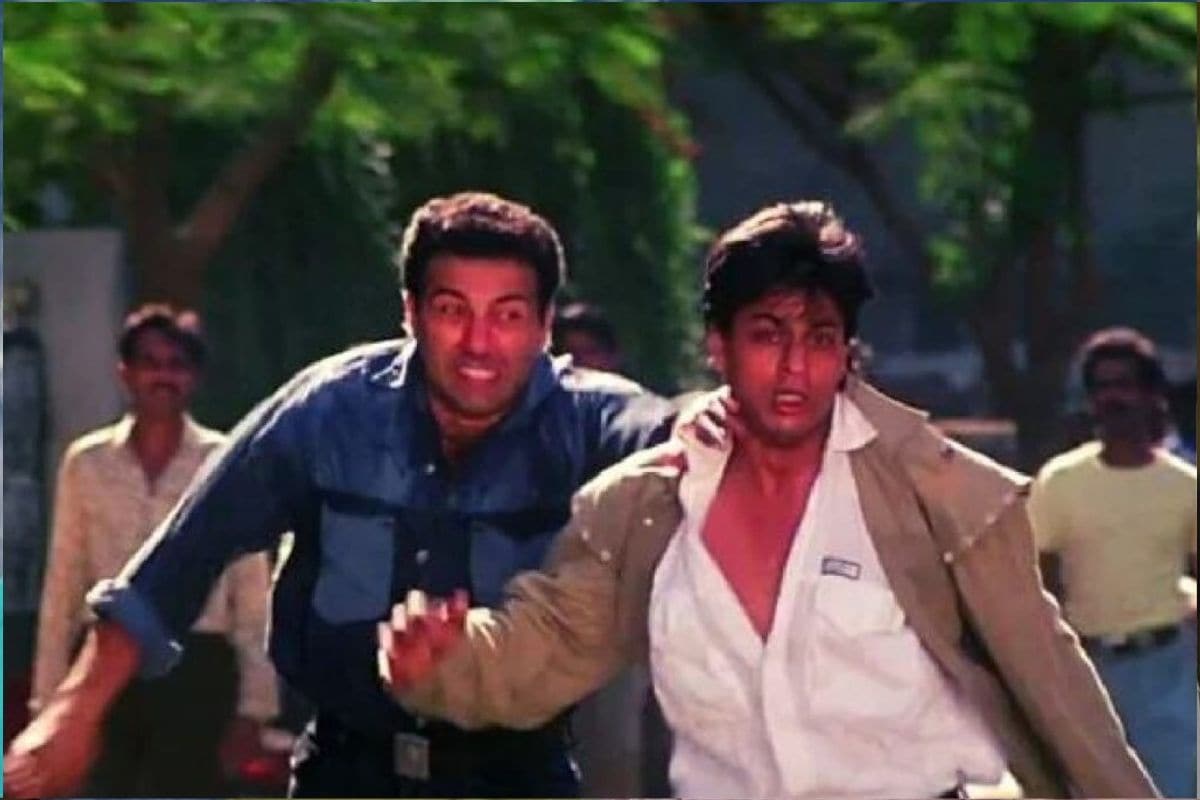 Sunny Deol and Shah Rukh Khan in a scene from ‘Darr’.

Sunny got so angry about this that she tore her jeans in anger. During a TV show, Sunny Deol revealed this whole incident when he was questioned about the reason for not talking to Shahrukh. He told that, in the film Darr, I was in the role of commando and in the scene Shahrukh Khan had to stab me. I was so fit so how could anyone kill me? I got very angry about this, but if Yash ji was older, I could not say anything. So I angrily put my hands in the pocket of the jeans and got so angry that I tore the pocket of the jeans and I did not even know about it.