Will ‘Pathan’ create a storm on BO before ‘Tiger 3’? Shahrukh Khan will snatch this big festival from Salman Khan!

If reports are to be believed by Bollywood Life, Shah Rukh Khan’s Pathan has a cameo of Tiger i.e. Salman Khan. A glimpse of Tiger 3 will be seen from the end of Pathan and Salman Khan will tie the role of Tiger 3 by introducing his spy character. 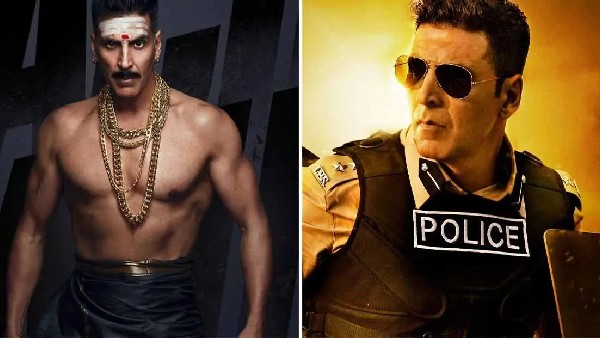 ‘Bachchan Pandey’ has a strong connection with ‘Suryavanshi’, Akshay Kumar will give two surprises on Diwali!

This is the reason why Pathan will enter the box office before Tiger 3. In this report, it is also being said by quoting sources that on next year’s Eid, not Salman but Shahrukh Khan will create a ruckus.

Shahrukh Khan will snatch his festival from Salman Khan

If these reports turn out to be true, then Shah Rukh Khan has snatched his favorite Eid from Salman Khan. Although no official information has been revealed about whether Pathan will release on Eid 2022.

Deepika Padukone will once again be seen romancing on screen with Shahrukh Khan in Pathan. Villain John Abraham is included in the illustrious cast of Pathan. War Wale director Siddharth Anand is directing Pathan’s film.

Yash Raj Films has come up with its game plan this time with a new starcast. Just as John Abraham has been brought as a villain in Pathan, in Tiger 3, he has brought Emraan Hashmi as a villain to clash with Salman Khan. This time the eyes of the fans will be fixed on the villain as well as the hero.

Along with both Salman Khan and Shahrukh Khan, Yash Raj Banner is preparing for two big films. Pathan is coming under Yash Raj banner, so this production house is also bringing Tiger 3. This time Yash Raj has shot for both the films at the best location abroad and has prepared for a spectacular action sequence.

Release date of these films of Yash Raj banner announced

Akshay Kumar’s film is also coming next year under Yash Raj banner. This movie is Prithviraj. Prithviraj will be released next year on January 21, 2022, while Yash Raj Films has announced the release date of Ranbir Kapoor’s Shamshera, Saif Ali Khan’s Bunty Aur Babli to Ranveer Singh’s Jayeshbhai Jordaar under its banner.