Wife tied her husband on dog’s leash and drove him to the mall, in the restaurant also fed food tied with a chain

Couples in the world do many things to maintain the love between them and the excitement that flourishes in it. It includes different types of habits. Somebody likes role play. Some couples act unaware of dating each other again. A couple living in Brazil took a step forward to maintain love and romance between them. This couple got a photoshoot done in the mall. During this, the husband got up the dog and his wife was seen tying her husband with a chain (Husband Leased As Dog).

Luana Kazaki and Arthur Orouso, who live in Brazil, surprised everyone with their photoshoot. The couple got a photoshoot done in their fantasy at a station. During this, Arthur appeared in the dress of a dog. An iron chain was tied around his neck. His wife was dragging him through this chain and taking him to different parts of the station. The people around were surprised to see both. The couple also reached the mall via the station. After this, both of them went to a bakery house, where the husband was seen eating chained like a dog. People kept staring at the couple as they came

In an interview given to the Independent, the couple said that they do not care about people. They are not doing anything illegal. Both had this hobby and they themselves are doing it without hurting anyone. People can understand what they want to understand. This deepened their love and that was their motive. The couple not only roamed the mall, but Arthur also sat like a dog and shopped for his wife. After this both also reached the bakery house to eat. 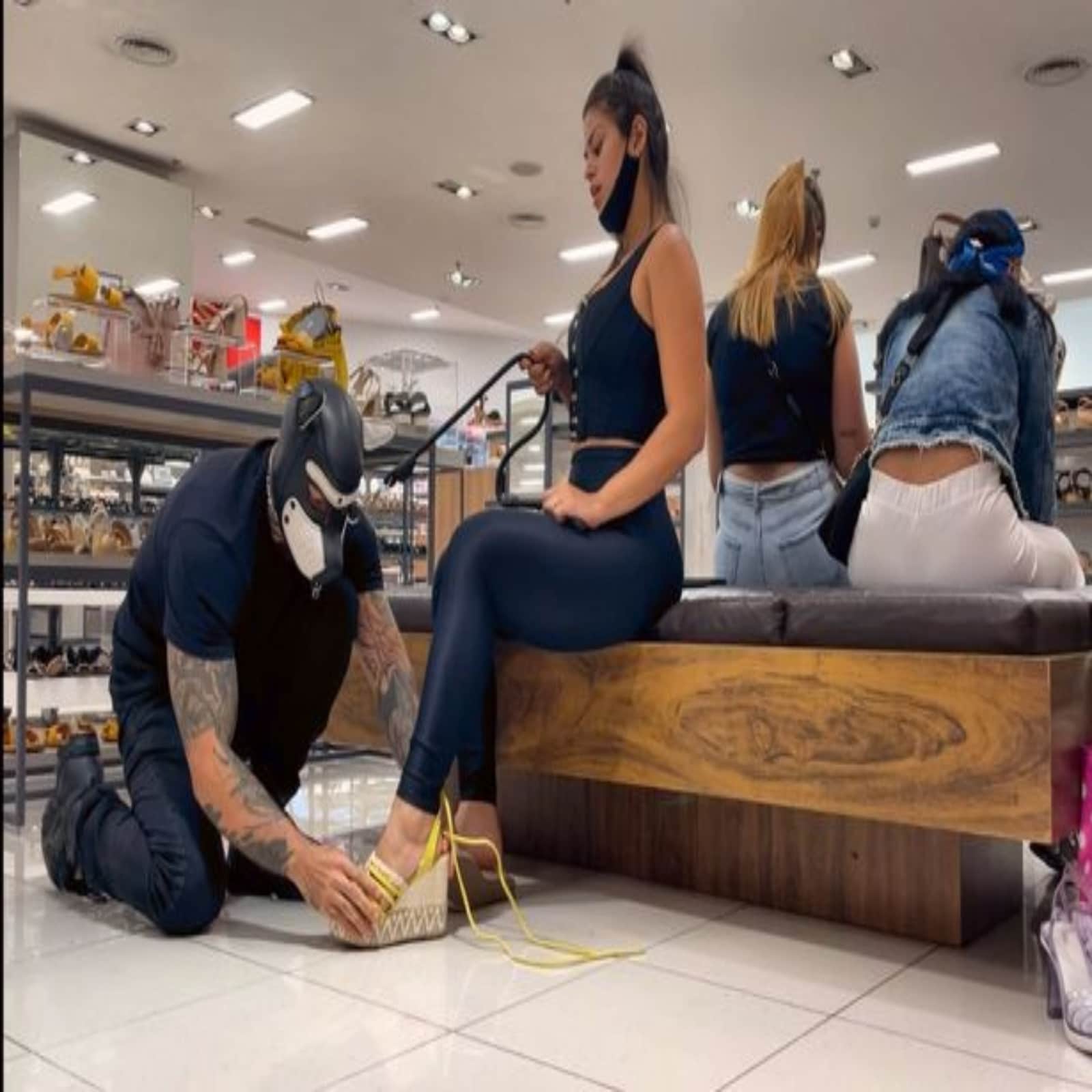 The couple also went shopping together

During this, people kept taking pictures of the couple. If someone questioned her, the woman replied that she was just walking her dog. People were staring and looking at the couple. But both kept roaming there carelessly and got photoshoot done.