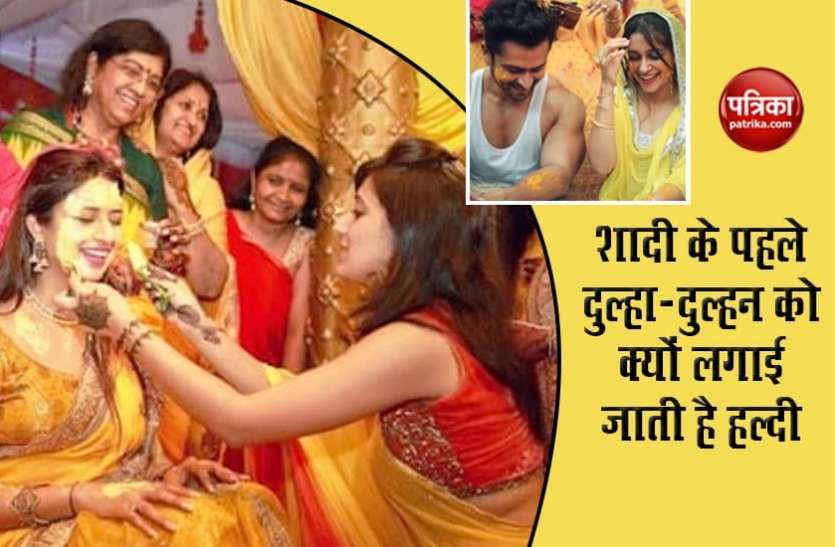 Why is the bride and groom put on turmeric before marriage? Learn 5 benefits

new Delhi. In our Hindu religion, many rituals are performed at the time of marriage. Without which marriage is considered incomplete. One of these rituals is the turmeric ceremony which is performed first. Applying turmeric paste has many benefits. To complete this ritual, turmeric is mixed with sandalwood, gram flour and several aromatic oils. Which work to brighten the skin. This ceremony performed at the time of marriage is very beautiful, it also brings beauty to the bride and groom’s face. Along with this, many benefits are also seen. So let’s know some special things related to this.

Turmeric has been used for a long time in Ayurveda for skin whitening. It is a medicinal herb, it is used to remove skin related diseases. So that there is no infection during marriage.

Turmeric has many medicinal properties. Due to which the facial spots remain away. So that all the spots of the face are removed. It is applied before the wedding so that its use gives a natural glow to the face.

The skin becomes suntan in every season in winter and summer. All these problems are caused by the harmful UV rays of the sun. And it can be overcome with the help of turmeric.

Stress, lack of sleep, and lack of water causes dark circles on the face due to excessive use during marriage, which causes the face to look bad. To overcome this problem, turmeric paste is considered a very good treatment.

According to the old belief that at the time of marriage many times negative energy is also circulated in the house. It affects the bride and groom but the ritual of turmeric dissipates all the negative energy.