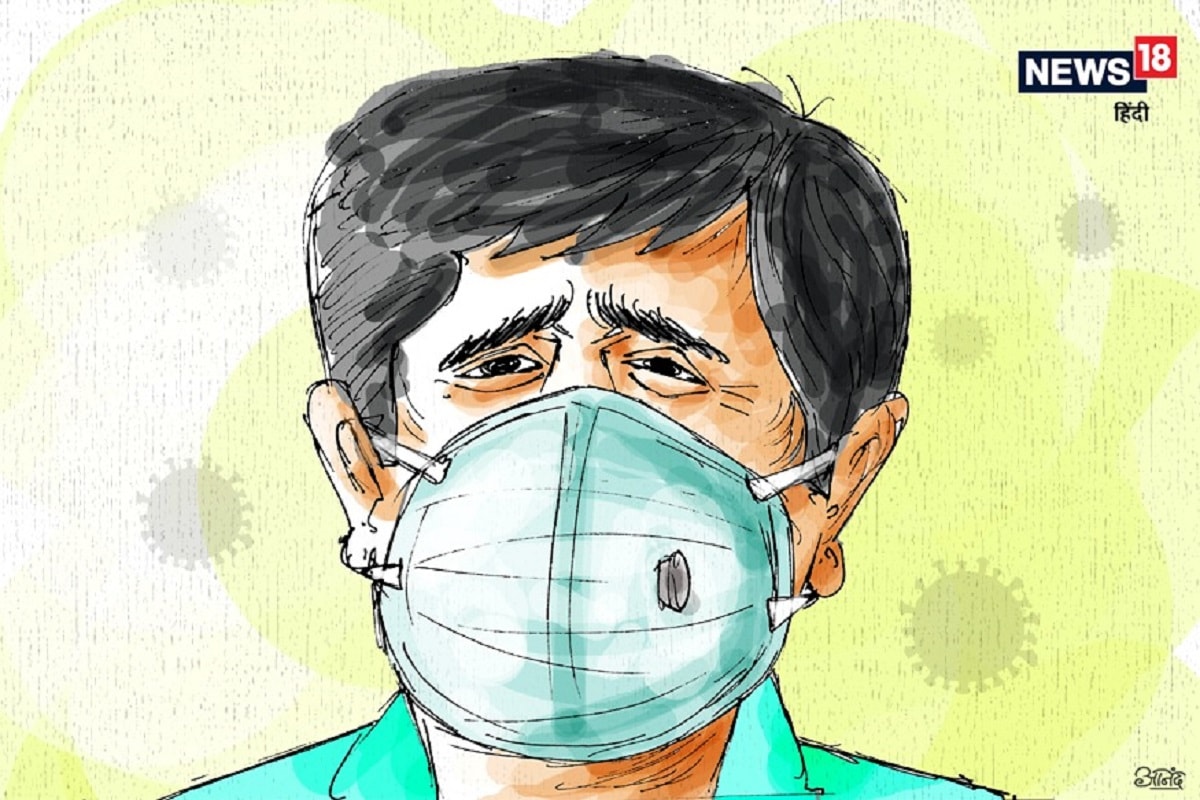 Jay December 17, 2020
You know that when you wear a mask, it makes others safer. But do you know that wearing a weak mask can threaten your safety! Yes, if you are wearing a bad type of mask just to complete the formality, then think that you are putting yourself at risk. A study has been published in the American paper Physics of Fluid, which describes how you may be harmed by wearing a mask of poor quality or a poor quality. Let us tell you in detail, know some special things first.

– If you wear a used mask, then its filtering capacity is less, which may put you at greater risk, rather than not wearing a mask.
– One millionth of a meter is called a micron. Masks should be effective to protect from particles larger than 10 microns.
In addition to this, wearing masks protects the mouth and lungs from particles smaller than 10 microns.read this also :- Will Corona end in India in February, if yes, why?

Not wearing a mask is dangerous

The study of the effect of wearing a three-layer surgical mask looked at the filtering of microscopic particles. It was found that the capacity of a new surgical mask is up to 65 per cent, while its capacity reduces to 25 per cent on repeated use. This study also explained how the airflow around the face differs in different ways by wearing or not wearing a mask.

In the absence of wearing a mask, air enters the mouth and nose directly, but wearing the mask slows down the air penetration. With this, the microscopic particles and droplets in the air are scattered on the surface of the mask. It is definitely good for your health.

read this also :- How is the Taliban becoming increasingly rich, where is money coming from?

The filter capacity of the mask is special in this process. Now know how in the study it was explained that what is the effect of wearing a bad mask. If the mask is old or its filtering capacity is low then you do not get any kind of protection. If after using 2 or 3 times the capacity of the surgical mask is reduced by 30 percent, then you can get more aerosols in your breath, which enter your body less if you do not wear the mask. That is, it is better to wear such a mask than not to wear a mask.

read this also :- Epic: How will the voter card come in your mobile, what is the plan of the Election Commission?

The advantage of having layers and folds in the mask is that more dense particles are deposited in them. The essence of all the details of this study is that if you are wearing a mask, then wear clean and good quality. Repeatedly used or wearing low-quality masks can put your lungs at risk. It is a misconception that wearing a mask of any kind gives protection.