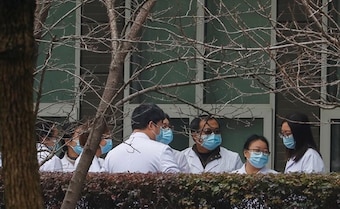 WHO team in Wuhan said, no signs of corona virus here before December 2019: News agency AFP

The World Health Organization (WHO) team, which visited the city of Wuhan, China, said that there were no signs of COVID-19 virus in the city before December 2019. WHO and a team of Chinese experts said this on Tuesday. Chinese team chief Liang Wenian said in a press conference, “There are no signs of Sars-Cov-2 spreading to people here before December 2019.” He said that there was not enough evidence that the virus had spread in the city even before this period. The WHO team recently Wuhan city tour did. Earlier this month, the team also reached the Wuhan Institute of Virology.

Significantly, this was said to be the source of the corona epidemic in Wuhan. Scientists of this lab have done research on many dangerous diseases of the world, including Bet Corona virus strain like Kovid-19. There was speculation that the virus was accidentally leaked from the same lab in Wuhan, but there is no strong evidence to confirm this theory.

WHO team chief Peter Ben Ambrek told in an interview a day after the Wuhan lab visit that the source of our corona epidemic in the tour as well as claims of leaking viruses from a lab in a city in China Chinese scientists have been talked about in detail.

He said that the claims made in his report from the global media were also discussed in the conversation. However, they did not get any concrete information about this. Ambarek said that some of them called it irrational and insisted that investigators should not waste their time investigating such “baseless” claims. The scientist associated with the UN Health Agency told Wuhan over the telephone, “The conversation opened up.” The first case of corona virus was reported in December 2019 in Wuhan city of China.

Delhi is moving towards herd immunity