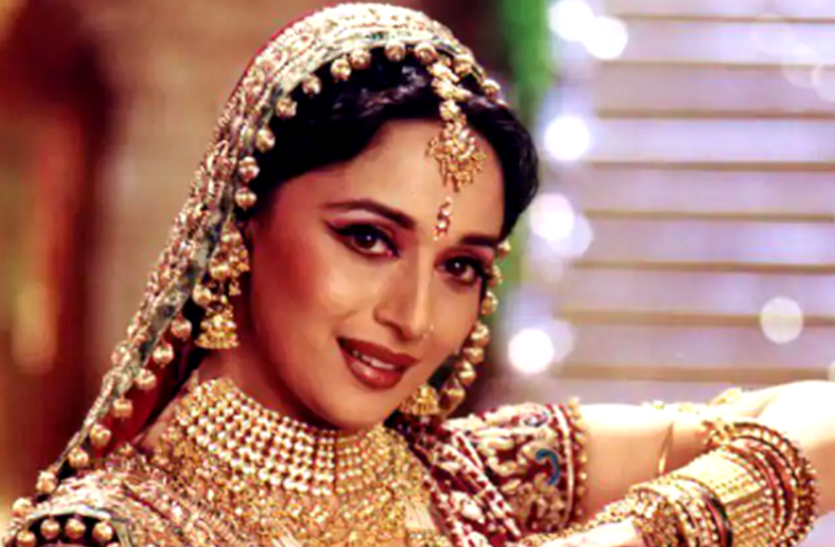 When Madhuri Dixit told, why not marry a Bollywood actor?

Mumbai. Bollywood actors and young actress Madhuri Dixit who loved the heart of the 90s are still lacking. When Madhuri was ruling as the top actress in Bollywood, her affair was discussed with big stars. Names of stars like Sanjay Dutt and Anil Kapoor were named in them. It is also said that some stars had propped him up. But Madhuri did not marry any Bollywood star. Actually, Madhuri once expressed her opinion about this secret. Let us know when Madhuri told about her opinion:

‘Never thought of heroes as boyfriends or husbands’
A few years ago, Madhuri Dixit arrived to attend Karan Johar’s talk show ‘Koffee with Karan’. In this show, Madhuri had told why she did not marry any actor. According to the actress, ‘I have done a lot of films with Shah Rukh Khan, Salman Khan. I did only 2 films with Aamir Khan, but I never thought of him as a boyfriend or a husband. Because I had to marry a common man. My husband is a real hero to me. He is a real-life hero who saves people’s lives.

Suresh Wadkar refuses to marry
Madhuri Dixit had already decided that she would not marry a hero. Another anecdote is said about their marriage. According to reports, Madhuri’s relationship also went to singer Suresh Wadkar. At that time, she was trying to get into films. Suresh saw Madhuri’s photo and refused saying that the girl was thin.

ALSO READ: Madhuri Dixit got the feeling of becoming a star by a flower seller

This is how the prince of dreams met
Madhuri and Shriram Nene had their first meeting by chance. However, in the first meeting, the two became good friends. The interesting thing is that Nene did not know that Madhuri is a famous actress in India. Once both of them went for biking together and came so close there that they thought about marriage. Gradually this friendship turned into love and later marriage.