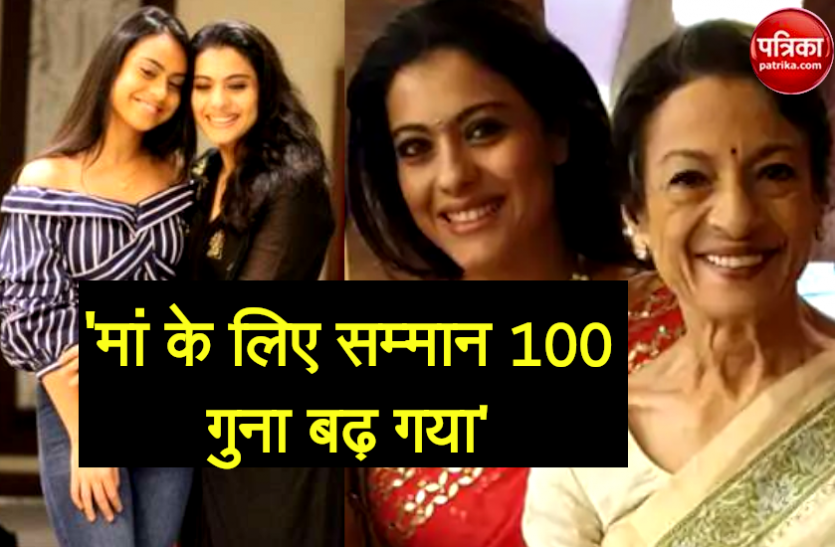 When Kajol had a daughter, it was found out how much her mother had sacrificed, read the actress’s word

‘Mother knows when I have a daughter’
Kajol told IANS, ‘I knew my mother only when I had my own daughter. I always loved my mother, always admired her and thought she was fantastic. But when I had a daughter, I remember calling my mother and talking with them crying and saying to her, I know you love me very much. ‘

Mother gave up
Recalling the conversation, Kajol said, ‘At that time, I understood how much she loved me. I told him today, I understand how much you sacrificed for me, how you felt about everything in life, because I was with you and how everything changed for you. ‘

‘Respect for mother increased’
The actress said, ‘And also how much he did when he became my mother. I understood this only when I had my own daughter. I realized what they had to do to give birth to a child. After knowing this, respect for my mother increased 100 times in my mind.

ALSO READ: Shooting not postponed despite injury to legs, Prachi Desai set out to shoot in a wheelchair

‘My kids have holidays’
The actress further added, ‘I remember she used to say no to films when we were going on holidays. She used to say, “Excuse me, I will not be able to work in the months of April and May, because my children have holidays and I promised them that I will be with them.”