What is the truth behind the picture going viral with the child? Sushmita Sen replied 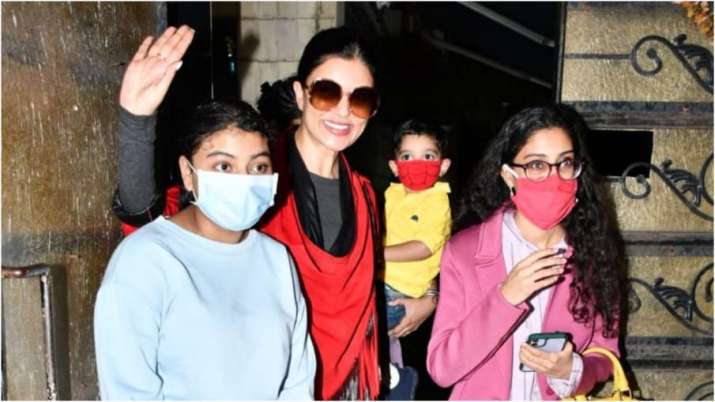 What is the truth behind the picture going viral with the child? Sushmita Sen replied

Sharing an adorable picture of herself and Amadeus (baby’s name), Sushmita wrote on Twitter, “Discussed about the picture going viral with my godson Amadeus. His expression tells everything.”

The actress also revealed that the picture was clicked by Amadeus’s mother.

The actress, who was in a relationship with Rohman Shawl for two years, had recently parted ways. The actress is spending quality time with her family, especially daughters Rinni and Alisha. In a new picture shared on Instagram, Sushmita was seen posing by the seaside.

Sushmita had made headlines for her breakup with Rohman. The actress confirmed that they have split by sharing a picture with the model, adding that they will remain friends. He wrote, “We started as friends, we will remain friends! Relationship was too old… Pyaar Baaki Hai!”

On the work front, the actress was last seen in the web series Arya 2. The show, the second installment of the Disney+ Hotstar drama, was released in 2021.