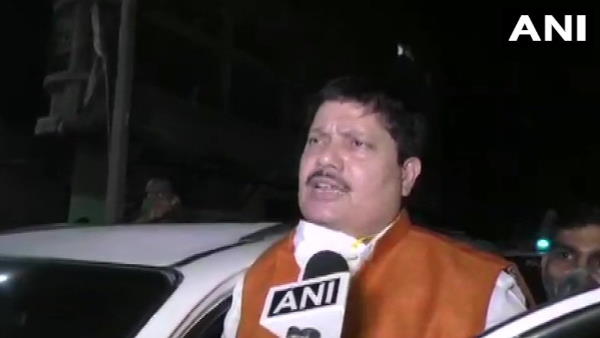 West Bengal: Police reached the house of BJP MP late night, could not carry out search despite search warrant

new Delhi. The police reached the house of Bharatiya Janata Party MP Arjun Singh from Barrackpore in West Bengal on Saturday night and said to search, but due to no Corona negative report, the police had to return. Arjun Singh has told that the police reached his house with a search warrant for the case, which has been closed by the court. The warrant was issued by keeping the magistrate in the case confused. However, the negative report of Corona was not with the police team. Due to which the police could not search the house of Arjun Singh and returned after a long time.

BJP state vice-president and Barrackpore MP Arjun Singh has been continuously accusing the Trinamool Congress of conspiring against him. He has also described this matter as the work of the TMC government.

Assembly elections are due in West Bengal next year. Before this, there is a political upheaval in the state. At the same time, incidents of violence are also being seen continuously. Particularly, there is a confrontation between BJP and TMC. Both the parties are blaming each other for violence.

On Saturday, a worker was killed in violence in a program organized by the Bharatiya Janata Party in West Bengal. At least six workers are injured, who have been admitted to the hospital. The condition of some people in the injured has been stated to be critical. On Saturday, BJP workers were meeting people at Halshehar in 24 North Parganas as part of the ‘Home Contact Campaign’. This incident of violence has taken place during this program.