Wait is over, Ranbir Kapoor and Alia Bhatt will announce the release date of ‘Brahmastra’ on this day?

Ranbir Kapoor and Alia Bhatt starrer Brahmastra has been in the news for a long time. Fans were waiting when the first poster and release date of this film would be announced by the makers. If some media reports are to be believed, then its wait is about to end because it can be announced on the coming December 15. Yes, reports say that Alia Bhatt and Ranbir Kapoor will release the first poster themselves and the release date of the film will be announced. 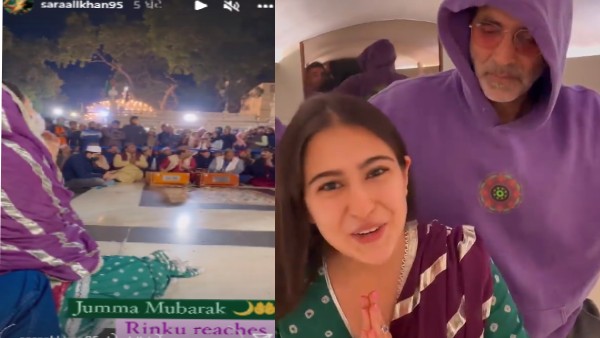 However, no official announcement has been made by the makers. This film has also been in a lot of news regarding its starcast. The megastar of the century Amitabh Bachchan is in a strong character in the film. Apart from these, Nagarjuna and Mouni Roy are also going to be a part of the film.

Let us tell you that Brahmastra will be made in many parts. It is being said that this is the first part of this franchise. Whose budget has been more than 300 crores. Alia Bhatt will hit the theaters this year with Gangubai Kathiawadi.

The film is directed by Sanjay Leela Bhansali and will also feature Ajay Devgn in a cameo. Talking about Ranbir Kapoor, for some time he has been continuously in discussion about the film Shamshera.

It is one of those films which are being made for many years but have not been completed for some reason or the other. This film started many times but was not completed. After this the film got affected during Corona Ka. However, now everything will happen very quickly.

Bollywood Actor Ranbir Kapoor and Alia Bhatt all set to announce release date of Brahmastra on 15 December? Read the details.