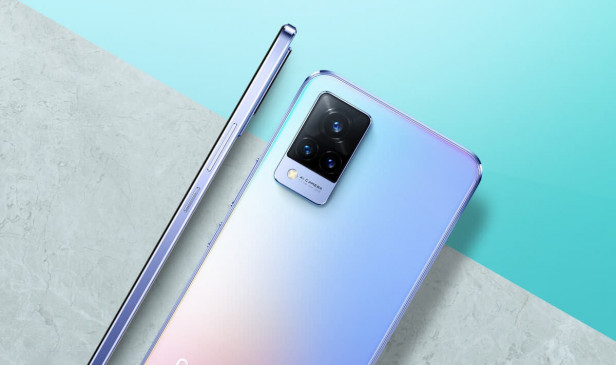 Vivo V21 will be launched in India this month, will get 44 megapixel selfie camera

Digital Desk, New Delhi. China’s smartphone maker Vivo (Vivo) is preparing to launch its new handset V21 (V21) in India. According to Vivo’s Malaysian website, this phone will get a 44-megapixel front camera sensor inside the waterproof notch. At the same time, the primary camera of the phone will be 64 megapixels, which will come with OIS.

According to a report, Vivo V21 will be launched in India on 27 April. Along with launching in India, this phone will also be launched in Malaysia. Although the company has not given any official information about this. Let’s know about this phone …

Vivo V21 specification
According to the leaked report, this smartphone will get a triple rear camera setup in which a primary lens of 64 megapixels will be available. At the same time, it will get a 44 megapixel selfie camera. With which optical image stabilization will occur. There will also be an auto focus that comes with a selfie camera.

This smartphone will work Android 11 based Funtouch OS 11. It will get up to 8GB of RAM and up to 128GB of storage. There will also be support for 5G in the phone.

Talk about the price, Vivo V21 can be launched in the market at a price of 25 thousand rupees. However, its real prize will be revealed with its launch.