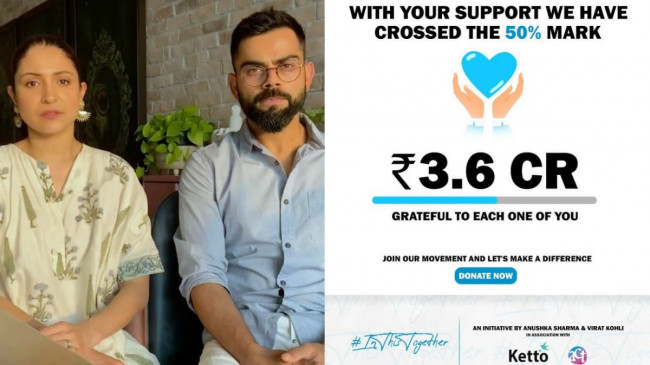 Digital Desk, Mumbai. To tackle the Kovid epidemic, a lot of celebrities have put forth a helping hand after Sonu Sood. Virat and Anushka’s name have also been included in this list. Recently, the Indian cricket team captain Virat Kohli and his wife Anushka Sharma started the fund raising campaign to help people and asked the fans to donate in this noble cause, after which the Kovid 19 Relief Fund 3 crore sixty lakhs in just 24 hours. Have accumulated.