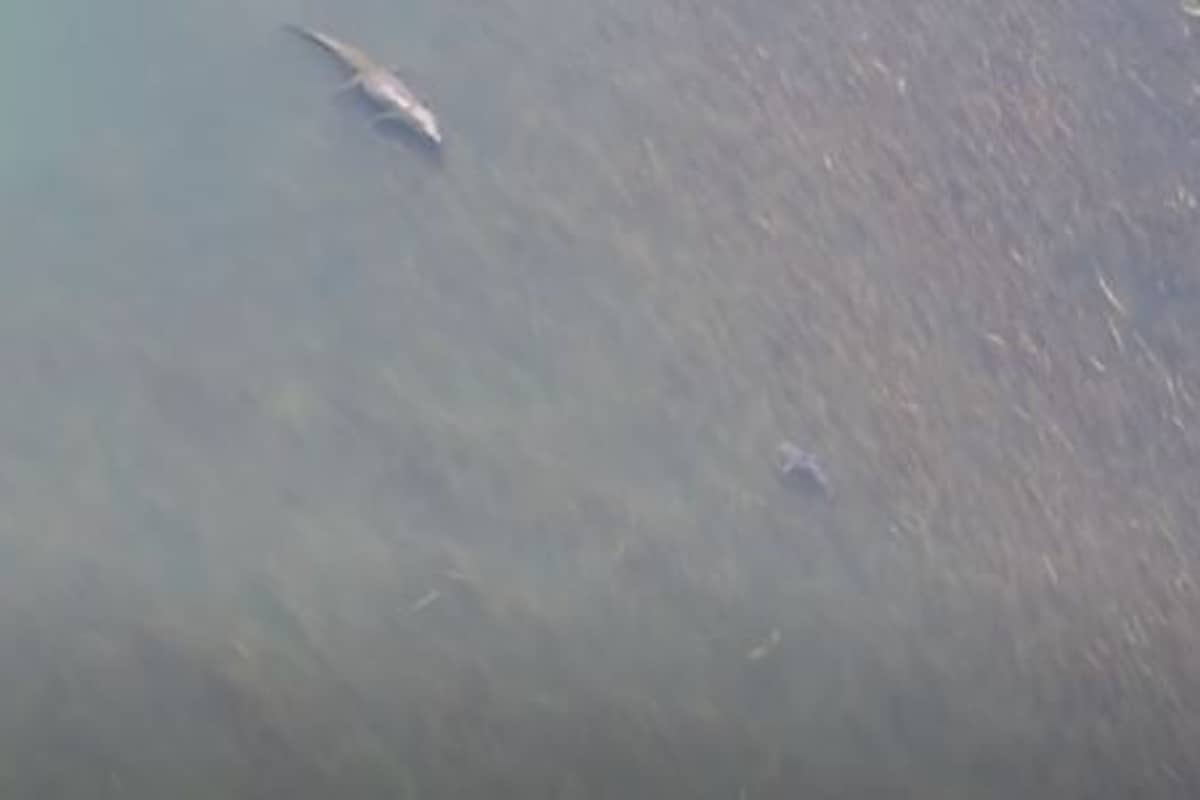 Viral Video: Watch what happened when a bull shark came in front of a huge crocodile

Viral Video: However, as expected, nothing happened. It can be clearly seen in the video that crocodiles and sharks are standing face to face at some distance.

Canberra Be it movies or real life, if two equally powerful people come in front of each other, then the beats stop for a while. We expect a fight to see who will dominate. A similar view has emerged from near Kununurra, Australia. A large crocodile and bull shark have been captured in the drone camera of the companions who went to kill two fish here.

These creatures are unmatched in both size and aggressiveness. At the same time, both are not less than each other in terms of strength. According to the Daily Mail report, two fishermen had installed a drone camera to watch the movement in the water. In which he got this video.

Chelsea and Bryce were fishing near Ivanhoe Crossing in Kununurra. He wanted to know what is going on in the calm water. To find out, both of them sent a drone camera on the plane. When the recording took place after some time, it was found that the giant crocodile and the dangerous bull shark were in front of each other.

However, as expected, nothing happened. It can be clearly seen in the video that crocodiles and sharks are standing face to face at some distance. The bull shark grew close to the crocodile, but did not attack and changed its way ahead some distance earlier. This video of two big powers is being shared fiercely on social media.Actually this video was first uploaded on YouTube on 11 November. According to the information given on the video description, this case is from the Kimberley area of ​​Western Australia. So far, 1 lakh 70 thousand people have viewed the video. However, the video gained more fame when it was shared on other social media platforms. Users are giving fun responses to this video and are praising the understanding of the shark.