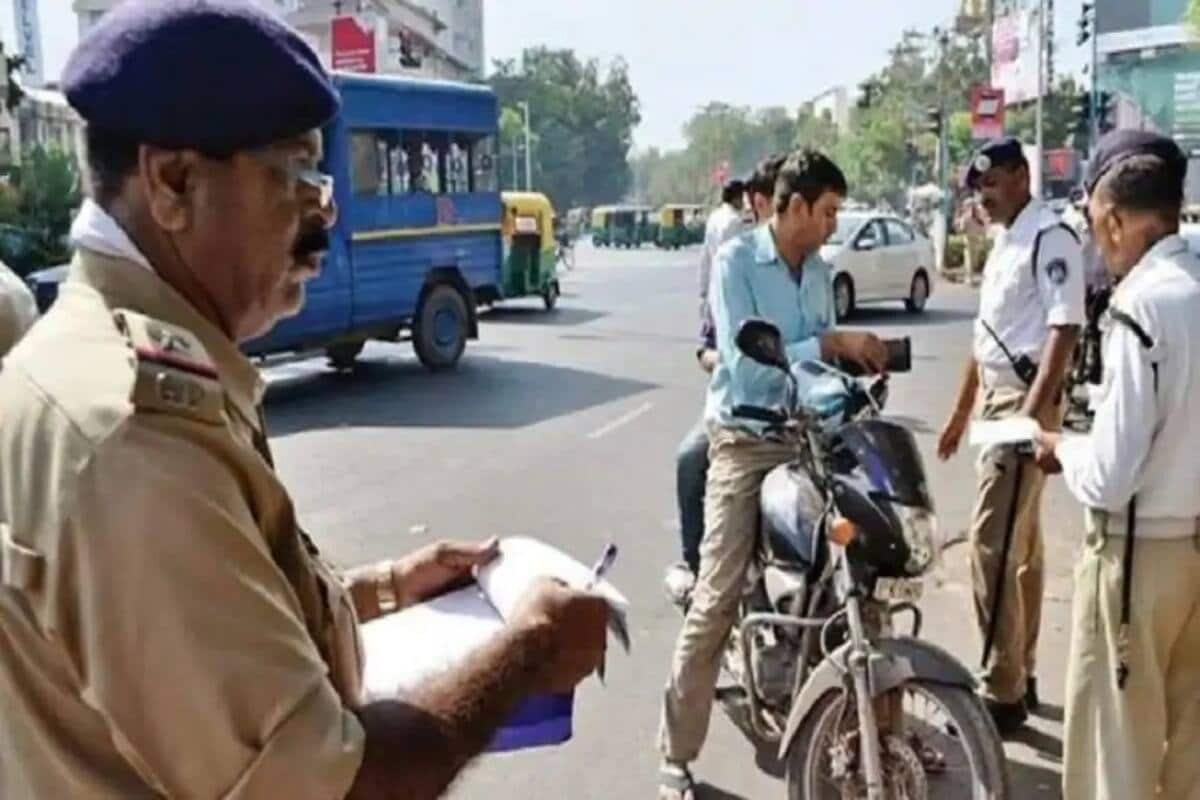 Madhya Pradesh News: According to the challan that has been done by the Transport Department, Prakash was driving without wearing a helmet and his vehicle did not even have a registration number.

Bhopal. The Regional Transport Office in Raigarh district (Chhattisgarh) has imposed a large fine on a person from Madhya Pradesh for violating several laws of the new Motor Vehicle Act. This is considered to be the largest amount of fine imposed on any two-wheeler under the amended Motor Vehicle Act 2019 in Chhattisgarh.

The name of the violator of the rule is being told Prakash Banjara. He is a resident of Amarpura village in Mandsaur district of Madhya Pradesh. The man was selling water-collecting drums on a two-wheeler when the traffic police stopped him to look for papers near DIB Chowk in Raigad city. Transport Department officials along with the policemen examined his papers.

Accused of driving without a helmet
According to the challan made by the Transport Department, Prakash was driving without wearing a helmet and his vehicle did not even have a registration number. He bought this two-wheeler from Madhya Pradesh and went to Raigad to sell water drums without registering the vehicle.Bike rider broke these rules