New Delhi. Bollywood’s popular actress Kangana Ranaut remains in the headlines every day. Apart from films, Kangana remains in the discussion due to her statements. She is very active on social media and is known for targeting actors. This time he has lashed out at actor Vikrant Massey. Not only this, he even called Vikrant Massey to Cockroach.

Also read: Adnan Sami and Javed Jaffrey married this actress, both got divorced

Yami married Aditya Dhar
Actually, recently, actress Yami Gautam surprised everyone by getting married suddenly. He chose Aditya Dhar, director of his film ‘Uri: The Surgical Strike’, as his companion. The marriage of both was very private. In which only a few people were involved. Yami got married according to Himachali customs. In such a situation, she is sharing her wedding pictures one by one with the fans. In such a situation, all the celebs of Bollywood are congratulating him. But on one of her photos, Vikrant Massey called her Radhe Maa. 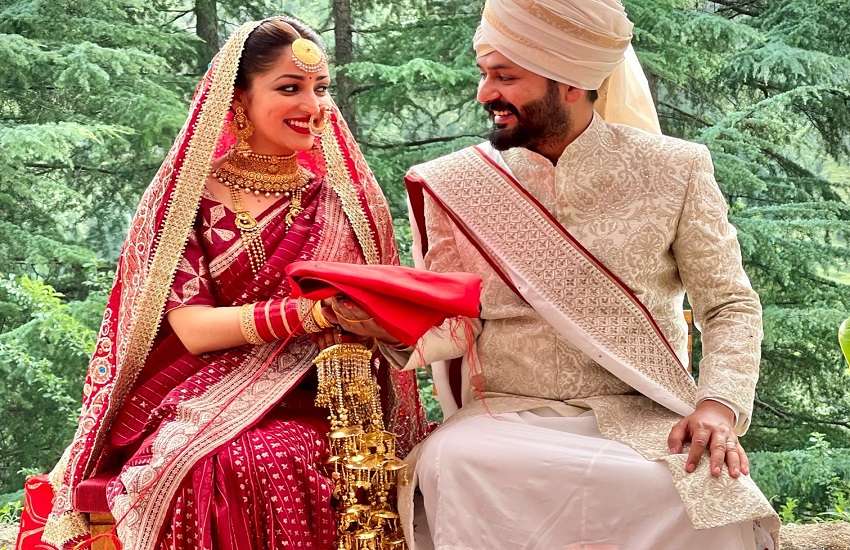 Vikrant Massey’s funny comment
Yami shared a photo of her pre-wedding ceremony. In this, she is seen wearing a red sari, hill nath and kalire in her hands. Kangana praised her fiercely on this picture of her. He commented and wrote, ‘Himachali brides are the most beautiful, looking divine just like a goddess.’ At the same time, actor Vikrant Massey compared her to Radhe Maa. He commented and wrote, ‘Pure and pure like Radhe Maa.’ 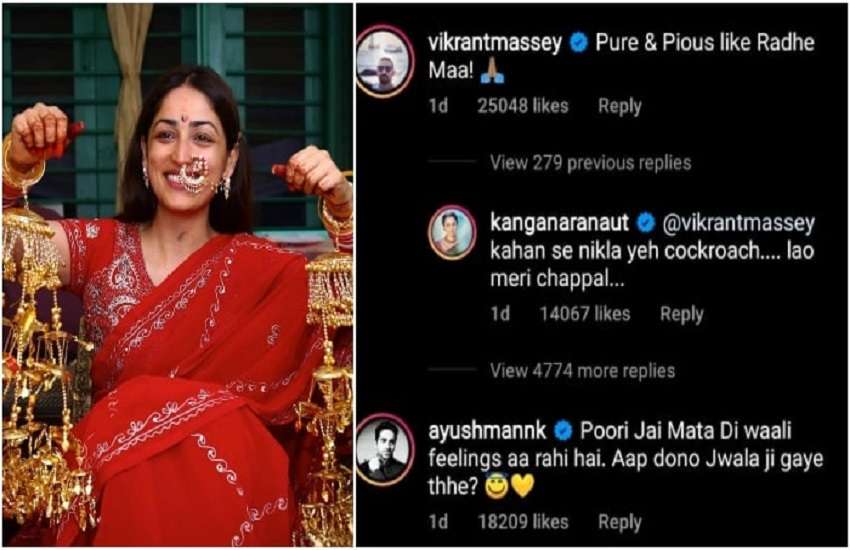 Kangana got angry on Vikrant
Seeing this comment of Vikrant Massey, Kangana got furious. Replying to Vikrant’s comment, he wrote, “Where did this cockroach come from… bring my chappals.” This comment of Kangana is now becoming quite viral on social media. Let us inform that Yami Gautam married Aditya Dhar on June 4 in Himachal. Their marriage was very simple. Without any show, both took seven rounds. When pictures of Yami’s wedding came on social media, everyone started praising her simplicity.