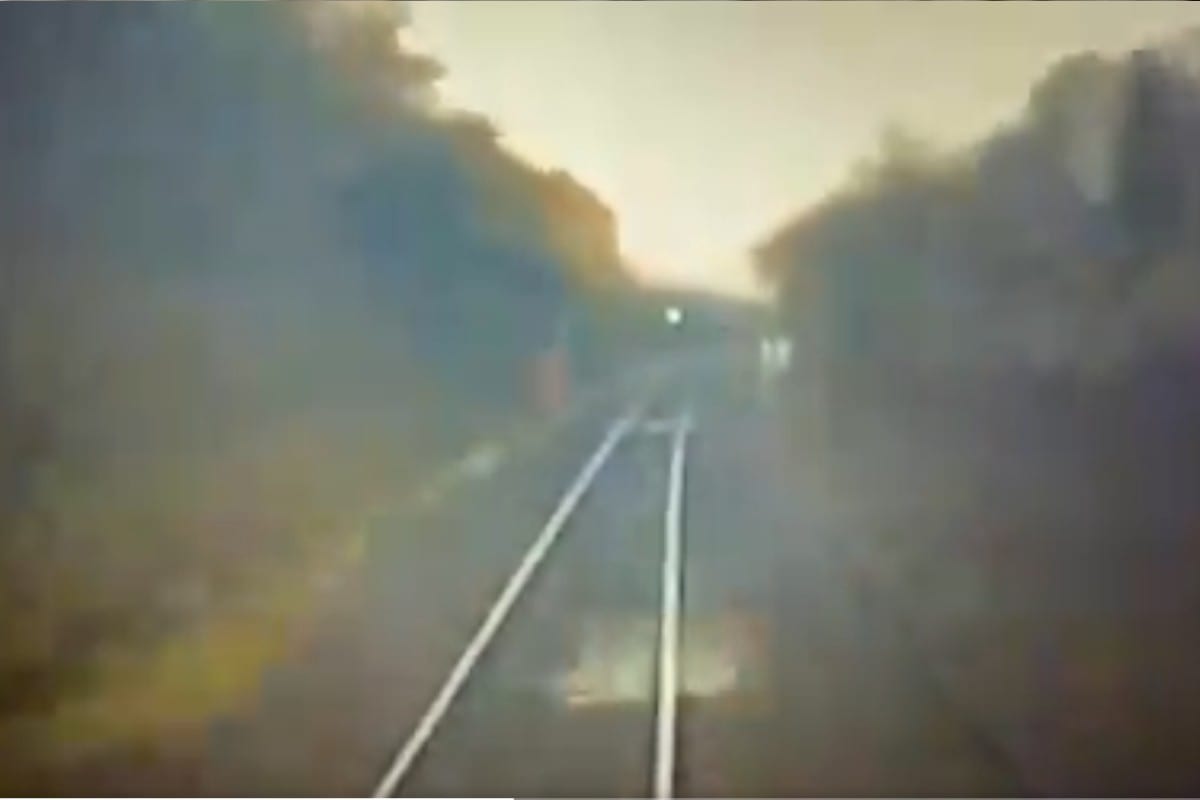 Video: The train was going high speed, the person was doing morning walk with earphones, then …

The person survived the grip of the train.

Viral Video: This video has been shared by Britain’s Network Rail on its Twitter account. The incident took place between Chilton Railwayways and Oxford.

new Delhi. On social media these days, such a video is going viral, seeing that the majority of the people were left stranded. This video is a message to the people as well as watching the video. In this video it can be seen that a high speed train (Train Viral Video) is passing through some area of ​​Britain. A camera is installed in the cabin of the train driver. Then a crossing is made. A person passes only a few seconds before the train passes over him. The person is doing a morning walk at that time. But the arrival of the train remains oblivious. Although he narrowly survives.

Britain’s Network Rail shared this video on its Twitter account. It has been informed that this video was recorded in the camera mounted in the cabin of the train driver during the railway service between Chiltern Railwayways and Oxford. This event is on 6 November at 8:30 am.

Q: When is running NOT good for your health?

A: WHEN YOU RUN OUT IN FRONT OF A TRAIN❗️ * Unbelievable stupidity * from a jogger using a level crossing without looking! An approaching train just meters away⚠️#LevelCrossingSafety #CrossWithCare➡️ https://t.co/CuEku4v8mG pic.twitter.com/XvYlkXpJbB– Network Rail (@networkrail) November 17, 2020

It can be seen in the video that the person who walks the morning is able to escape from the train in only a few seconds. But during that time he did not hear the sound of the train because he had earphones in his ear and was listening to songs. However, it was a matter of fact that he had crossed it shortly before the train passed the crossing.

This video is becoming quite viral on social media. It has been viewed 24000 times so far.