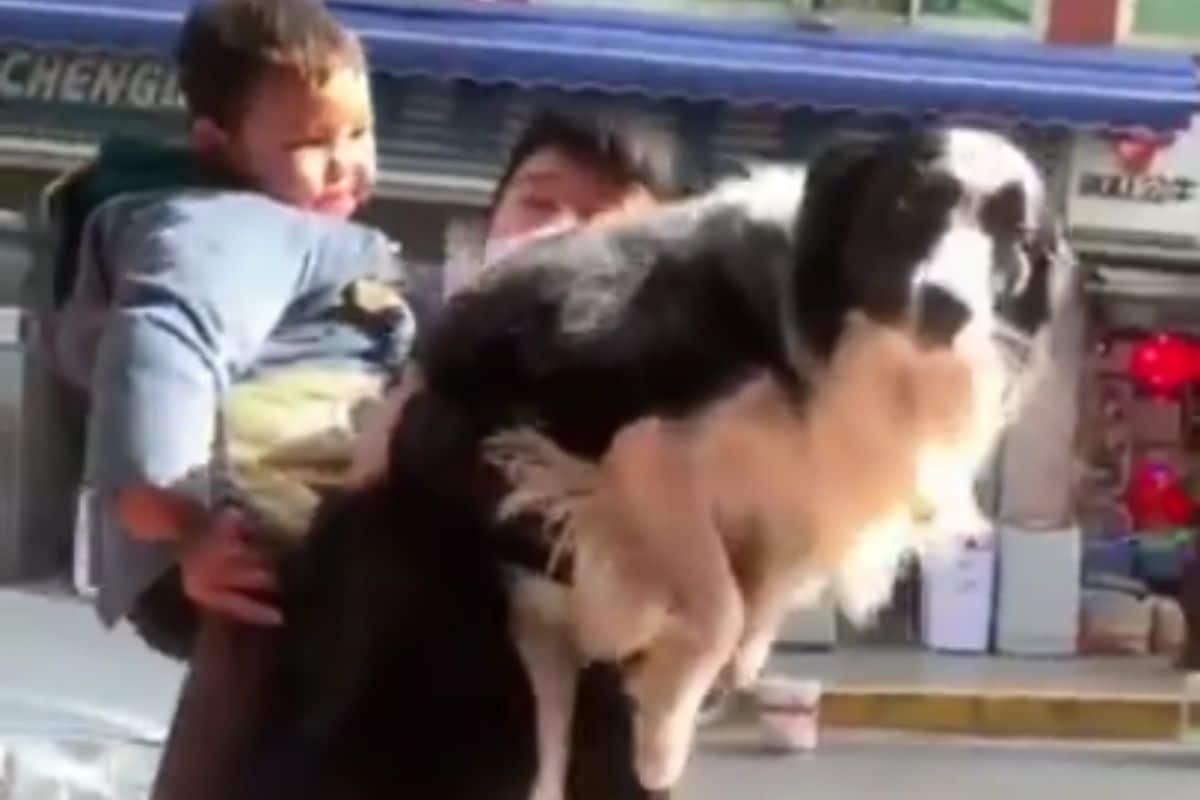 Video: … the owner raised the child, then the pet dog got jealous, restless to climb on his lap

In the video, a man is seen standing at a place like the market with his very young son and Pet Dog. When the person lifts his son in his lap, his dog also gets distracted and starts insisting on his boss that he should also take him in the lap.

America’s famous comic columnist and author Josh Billings said – “Dog is the only thing on earth that loves you as much as you wouldn’t do yourself!” It is true that a dog loves his owner with all honesty and always supports him. Dogs are such intelligent creatures that they also understand the human spirit. Dog Lovers in the world love dogs as their children. Many cute videos related to dogs go viral on social media, in which dogs love a lot. One such video is becoming viral on social media these days. 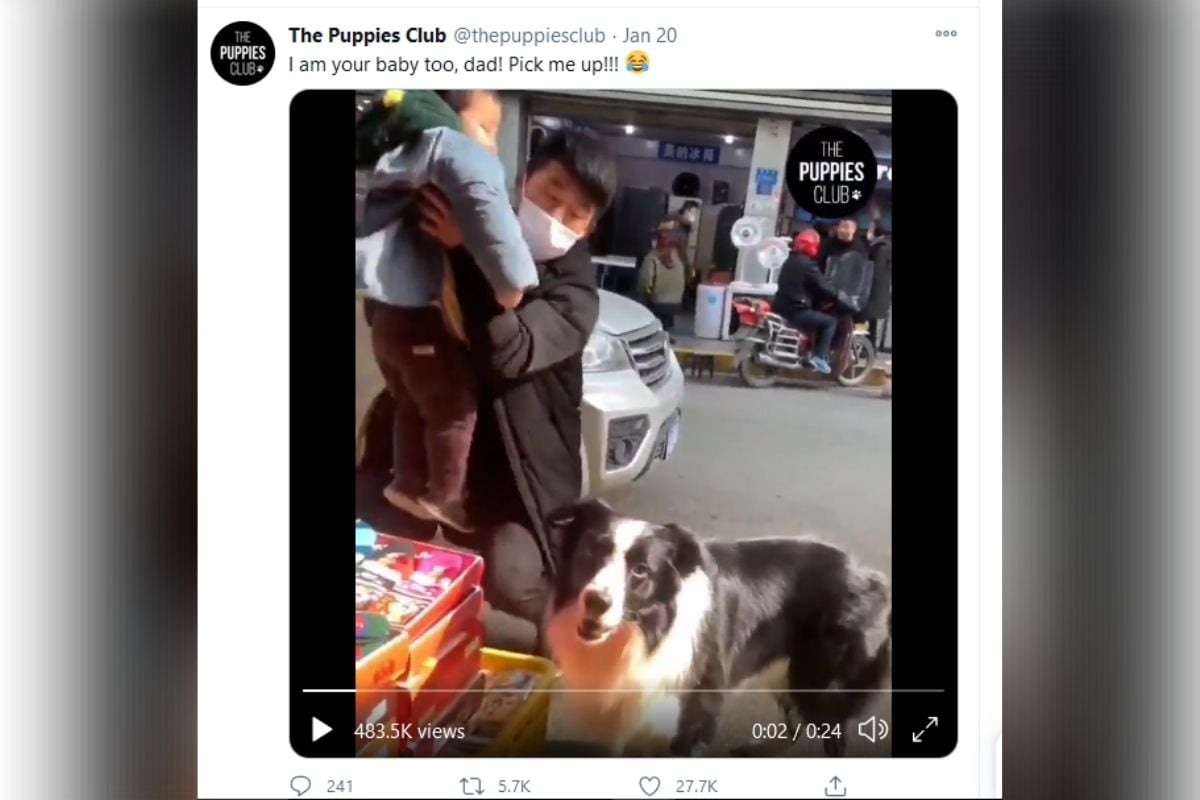 In the video, a person is seen standing at a place like the market with his very young son and belly dog. When the person lifts his son in his lap, his dog is also distracted. He starts jealous of the child and he insists on his master to climb on his lap. When the owner picks him up in his lap, he sticks on his owner’s shoulder like a small child. Seeing this video Kam Pet Dog, you will find his actions very cute.

The video has been posted on a Twitter account called The Papy’s Club. In the caption with this video, Dog’s actions have written on his behalf – “I am your child too Dad, pick me up in your lap.” About 6 thousand people have retweeted the video and about 28 thousand people have liked it. In the comment box of the video, people are sharing pictures of even more cute dogs.