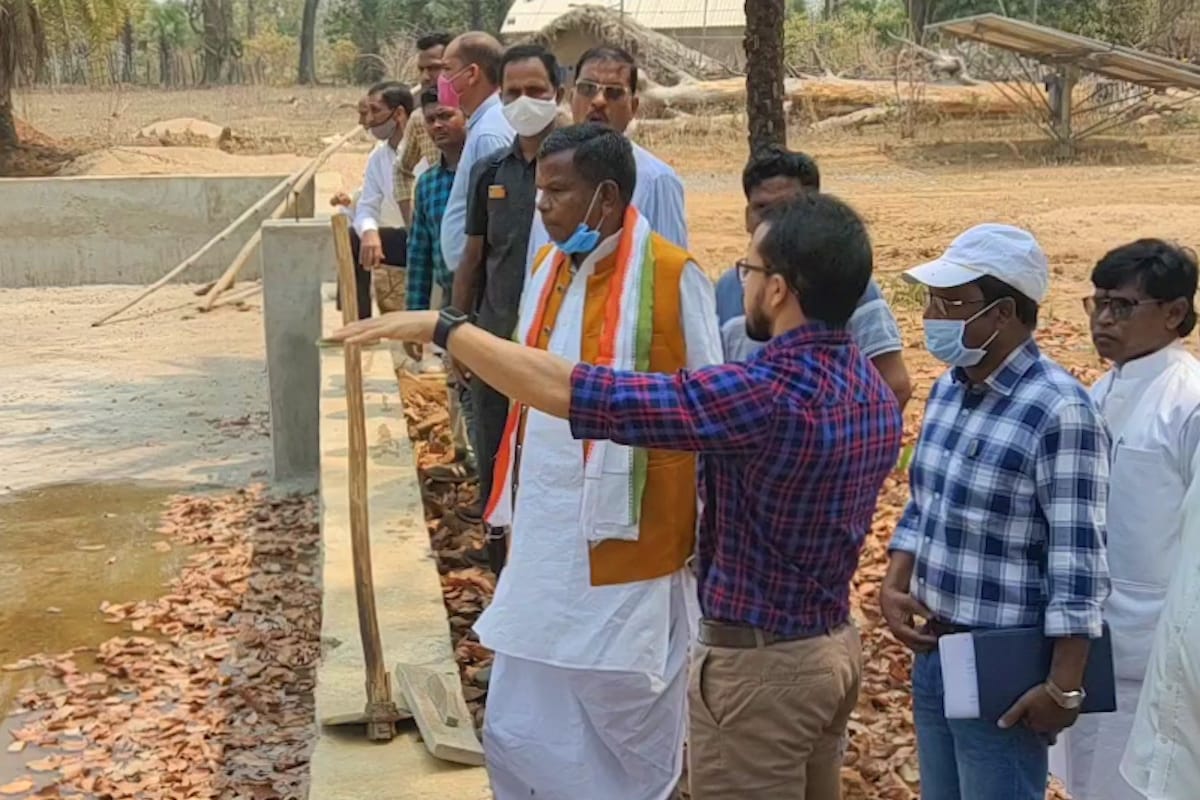 The hard work of Dr. Puneet Singh, Scientist of Bangalore and Sukma District Administration has brought color. A micro-fuel turbine running without fuel has been installed here, so that about 200 hectares of about 50 farmers of the village will be irrigated.

Sukma The Naxal-affected village of the district Girdal Para where the hard work of the Bengaluru scientist Dr. Punit Singh and the district administration has paid off. Here, a micro-fuel turbine running without fuel has been installed, so that 200 hectares of about 50 farmers of the village will be irrigated. Hydro power based pumping scheme has been started near the stop dame in the drain near village Girdalpara, just 6 km from NH 30. About 50 farmers of the village will get the benefit of this scheme, which will have 160 hectares of Rabi crop and 40 hectares of summer crop. This scheme has been started and the first test has been successful. The minister had reached Kawasi Lakhma to see it. Discussed with the district administration about this project and said that such projects should be implemented in the entire district.

This is how the machine works

Dr. Puneet Singh worked for nearly 30 years on this, after that now he has succeeded in inventing it. Through the pipe from the stop dam built in the drain, the water goes to the turbine machine installed nearby. With the help of a strong water flow, with the help of water pipe, about 22 meters have been lifted and one and a half km. There is storage in a tank built away. After that the water will be transported to the fields with the help of canal. This is how this machine works. This is a machine without fuel, so farmers will not have to spend any kind. The district administration has spent around 80 lakhs for this project. And this project is almost complete.

Machine at your own expense

Scientist Dr. Puneet Singh has been working on this project for the last several years. But in Sukma, this project has been completed in just four months. Even though the district administration has spent a lot, but the scientist Punit Singh has installed a turbine machine of about 18 lakhs at his own expense. It is said that scientist Puneet Singh is very hardworking and has a lot of affection for this project. He has received many offers from Germany but he only wants to work in his country.

read this also- When you commented on seeing a girl with jeans, she was beaten up by a whimper, the woman beaten publicly

For 15 minutes, the wife kept beating and watching the wife with the punch and punches, know the whole thing