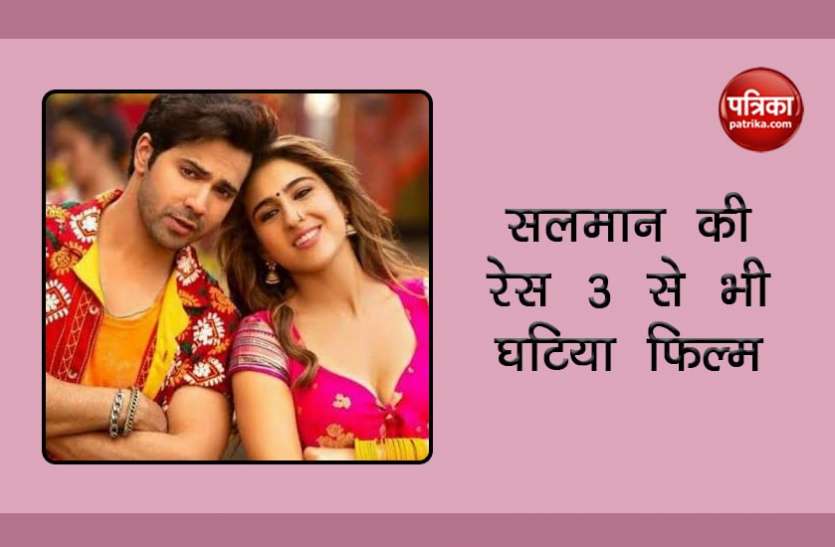 New Delhi Bollywood actor Varun Dhawan and Sara Ali Khan’s film Coolie No. 1 has recently been released. But the film could not get a good response from the audience. People trolled a few scenes of the film and described the acting of the stars as overacting. It is evident that this is a remake of Govinda and Karisma Kapoor’s hit film, after which the expectations of the people were also very high. However, porter number 1 could not stand it. Now the IMDB rating of the film has also come out which is very surprising. Viewers have given the film a very low score and it is worse than many films.

These 7 Bollywood stars who adopt orphaned children, number 3 identified by picking up from the garbage heap

There is a lot of anger among people about the remake of Coolie No. 1. Neither did he like the songs of the film nor the acting of the stars. Many people say that there was no need to remake this superhit film of Govinda and Karisma Kapoor. It is very difficult to act like both of them. According to audience opinion, the rating given by IMDB to Coolie No.1 could prove to be a huge setback for the makers. The film also got a lower rating than Salman Khan’s Race. Varun Dhawan’s film has been given 1.4 ratings in the list shared by IMDB. At the same time, Salman Khan’s Race got 1.9 ratings.

Apparently, the remake of Coolie No.1 has disappointed the audience. The special thing is that it has been directed by David Dhawan. The songs of the film have also been sung by the singer of 90s. Apart from this, stars like Paresh Rawal, Rajpal Yadav, Javed Jaffrey, Shikha Talsania were cast in the film. But despite all this, the film could not manage to win the hearts of the audience.