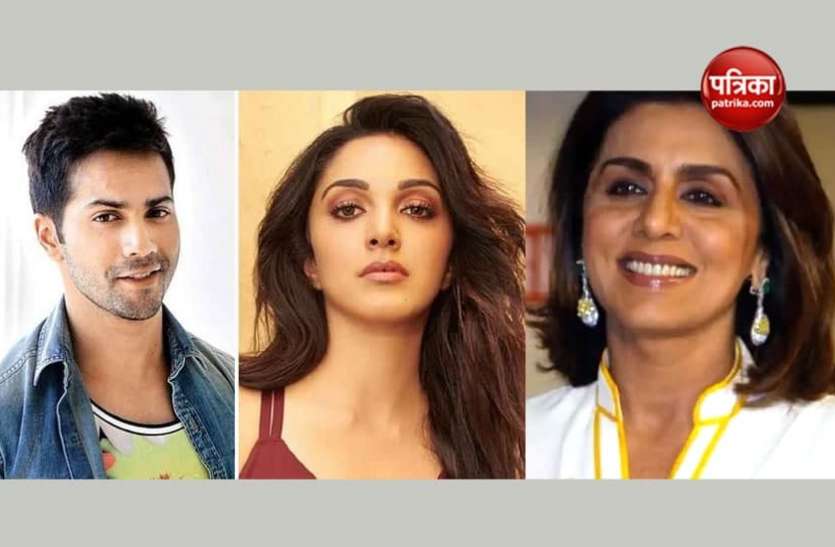 New Delhi: During the Corona period, all the stars of the film industry have started shooting with full facilities. But in the meantime, news of some actor being corona positive keeps coming. Now reports are coming of Varun Dhawan, Kiara Advani and Neetu Kapoor in the grip of Kovid-19. The trio were shooting their upcoming film Jug Jug Jio in Chandigarh. However, this has not been confirmed yet.

According to sources associated with the film, the shooting of ‘Jug Jug Jio’ has been stopped. It is hoped that by this evening, an official statement can be made by the film team.

Neetu Kapoor also has an important role in the film ‘Jug Jug Jio’. This is his first film after the demise of Rishi Kapoor on 30 April. Also, she is making a comeback to films after a long time through this film. While leaving for the shooting of the film, Neetu wrote, “My first flight in this difficult time. I am nervous about this journey.” He also wrote, remembering Rishi Kapoor, “When you are not here to hold my hand, Kapoor, I know you are with me.” At the same time, the fans are also excited to see Neetu Kapoor in this film.

Kangana Ranaut, who was alone in a war of words with Diljit Dosanjh, now Mica said – If there is a bit of Tamizh …

Explain that in the film ‘Jug Jug Jio’, apart from Varun Dhawan, Kiara Advani and Neetu Kapoor, Anil Kapoor is also in an important role. The film is being directed by Raj Mehta. The film may be released next year.