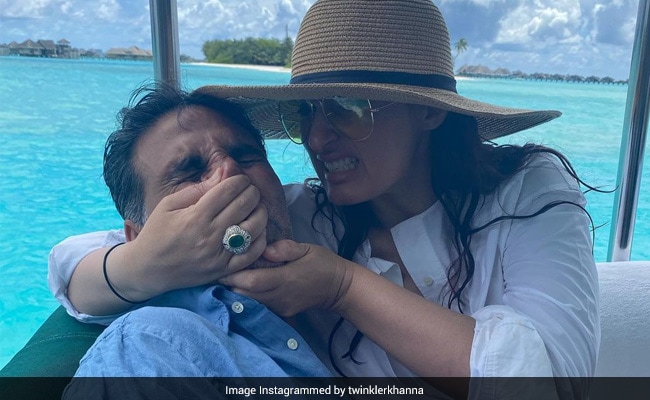 In a picture shared by Twinkle Khanna, he can be seen holding the nose of Akshay Kumar. During this time both expressions are worth seeing. In the second picture, both are seen smiling. Twinkle wrote in the caption: “Couples who are on Instagram, then how are in reality. The way we smile in front of the camera, if we actually do it with each other, then the possibility of divorce Will be reduced. “

These pictures of Twinkle Khanna and Akshay Kumar are getting a lot of reaction. Please tell that both the stars were tied on 17 January 2001 in the marriage bond. Now their marriage has been 20 years. Twinkle Khanna is a brilliant actress as well as a column writer and producer. Actress Twinkle Khanna often presents her views on contemporary issues with impunity. At the same time, Akshay Kumar Anand L. She is busy shooting Roy’s film Atrangi Ray. Apart from Akshay Kumar, Dhanush and Sara Ali Khan are also in this film.