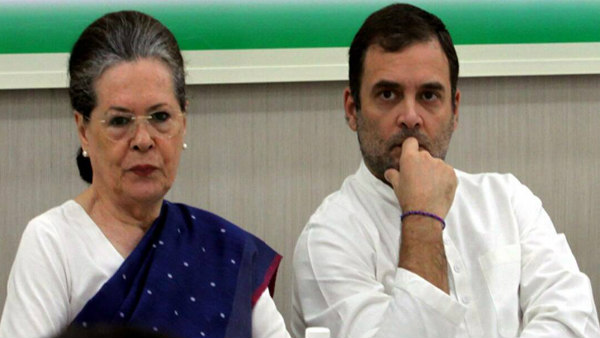 Today Sonia Gandhi will hold an important meeting to strengthen the Congress, 23 angry leaders will also be involved

Sonia Gandhi Meeting Latest Update: Assembly elections are due in several states including West Bengal, Assam next year. Troubled by the defeats of Bihar and Madhya Pradesh, the Congress has now begun an exercise to end the long-running feud within the party. For this, today Congress President Sonia Gandhi has called a meeting of senior leaders, which will include 23 leaders who wrote letters and demanded organizational elections. The letter case was later pacified, but all the leaders continued to criticize the party’s policies from a public platform.

This meeting convened by Sonia Gandhi will be held at 10 Janpath. In which Rahul Gandhi and Priyanka Gandhi Vadra are also expected to join. In this meeting, the leaders of disgruntled Group-23 have been given due consideration. If senior party leaders are to be believed, in this meeting, Sonia Gandhi will discuss the political situation of the party and the country with everyone. During this time, a big decision is also expected to be taken on the leadership of the party, although before the meeting, the Congress has made it clear that the election process for the post of president will start soon.

Whose role is behind the meeting?

Former Chief Minister of Madhya Pradesh Kamal Nath (kamal nath) is considered to be a family member of Gandhi family. Recently, Sonia Gandhi’s political secretary Ahmed Patel passed away, due to which a link between the dissident leaders and the Gandhi family broke. According to sources, in the meantime, Kamal Nath came forward and advised Sonia Gandhi for the meeting. Kamal Nath had also met several disgruntled leaders for this meeting. Also persuaded him to be present today. It is now expected that there will be a reconciliation between the Congress leaders in the meeting to be held today.

What are the angry leaders saying?

In August, 23 leaders including Ghulam Nabi Azad, Kapil Sibal, Anand Sharma wrote letters for the organizational election. In the long meeting that followed, Sonia Gandhi was again given the command and the letter case was settled. Nevertheless, disgruntled leaders continued to criticize the party from the public stage. Recently Gulab Nabi Azad had said that now the Congress leaders want to contest elections by sitting in Five Star, due to which the party has lost its ground hold. He insisted on early organizational elections.

When will the Congress president be elected?

Congress spokesperson Randeep Surjewal said on Friday that the party would soon begin the process of electing a new president. AICC, Electoral College of Congress, members and activists will be involved in this election process. Right now 99.9% of the party members want to see Rahul Gandhi as president. However, he did not say anything about the election dates. It is expected that the Congress will get a new president before the elections in West Bengal, Assam and Tamil Nadu.

After 5 months, Sonia Gandhi convened a meeting of dissidents of Congress on why and on whose request