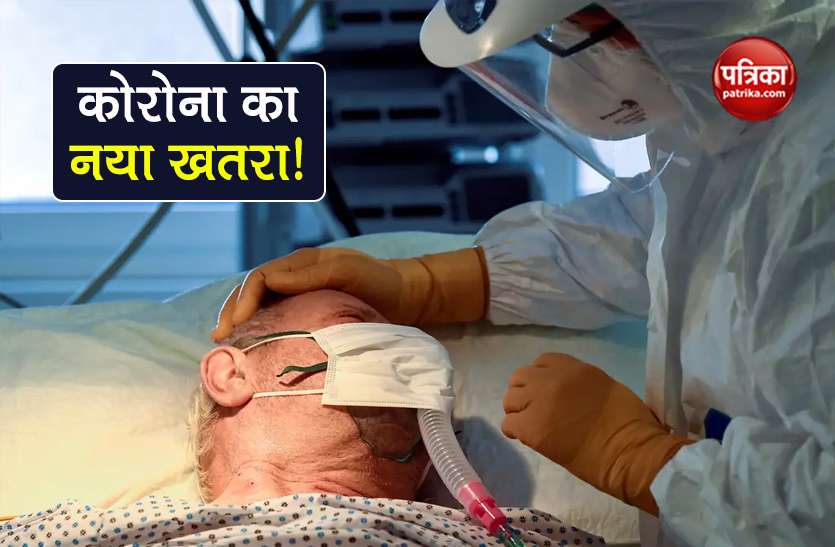 new Delhi. After recovering from the corona virus, many problems are seen in many patients. ENT surgeons at the Sir Gangaram Hospital in the capital Delhi have observed fatal Mucormycosis fungus infection in more than 12 patients due to the virus within 15 days of recovering from corona. This fungus causes a loss of eyesight, removal of the nose and jaw bone, and a 50 percent mortality in cases involving the brain.

Patients recovering from corona virus are experiencing such symptoms, doctors told what to do

Sir Ganga Ram’s ENT and I team had to adopt a reception procedure in about 10 patients in the last fortnight, of which about 50 percent had permanently lost their eyesight. Five of these patients required a CCU due to other related complications. According to the official statement of Ganga Ram Hospital, five people have died in this group so far.

According to experts, COVID-19 patients are more likely to get this virus because it is in the air. They say it is a ubiquitous fungus and is present in plants, animals, and air, but it is attacking patients recovering from covids because they have been given steroids and have a number of pre-existing diseases, which make it more Make it worse.

Despite being cured of Corona virus, you have to face problems, follow these excellent measures

Dr. Manish Munjal, senior ENT surgeon at Sir Ganga Ram Hospital, said, “It is a virus and attacks people with weakened immune systems. This fungus gets into the body and destroys the part from where it comes. “. After covid-19, patients are given a large dose of steroids to reduce the cytokine that allows fungal infections such as malignant mucormosis (Mucormycosis fungus) to enter the body.”

Dr. Munjal said, “It gives Mucormycosis a chance to reach the eyes and brain through the root of the nose and if it is not detected it can cause death in more than 50 percent of cases in a few days. It can also cause damage to pre-existing diseases like eyes, jaw bones and cosmetic dysfunctions. “

New research reveals new symptoms of corona virus, the problem that came to light was unknown

If it is identified at the beginning, then the damage caused by it can be prevented. According to Dr. Shalu Bagheja, Senior Eye Surgeon of Sir Ganga Ram Hospital, “Orbital involvement is a serious development in the progression of this disease and indicates the possibility of permanent loss of light not only to the eye, but also to life as well Brain involvement is also the leading cause of death in Mucormycosis. “

Symptoms include numbness in the face, nasal blockage on one side or swelling or pain in the eyes. Here ENT surgeons take samples and begin definitive medical treatment that can prevent medical impairment. However, doctors said that treatment should be quick and prompt as patients are already weakened due to Kovid and require long hospitalization.