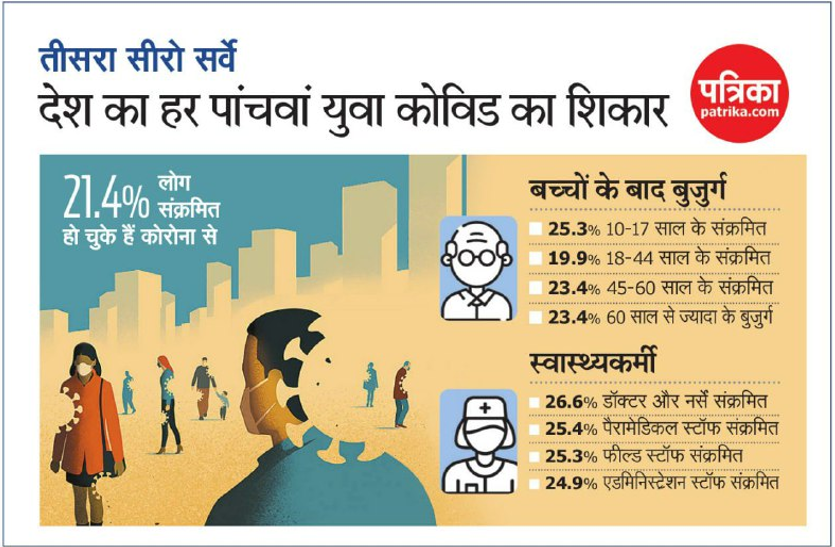 – Most of them do not know about the infection, if samples were taken, then the report revealed when antibodies were found

– 21.4% people have been infected with corona

new Delhi. Every fifth person of the country has become corona infected. 21.4 percent people have become corona infected. Most of them are not aware of corona infection, but when these samples were taken, antibodies were found against them. There is talk of government opening schools for children. At the same time, every fourth child aged 10 to 17, 25.3 percent has become corona infected. This was revealed in the report of the Third National Sero Survey of the Indian Council of Medical Research. Only the states, districts and villages selected during the first and second surveys of the national sero survey were included. The survey was conducted between December 7, 2020 to January 8, 2021.

How did the survey …
Antibody Test of 28,589
7,171 health workers also investigated
Survey in 700 villages and wards
Covers 70 districts
Third survey conducted in 21 states