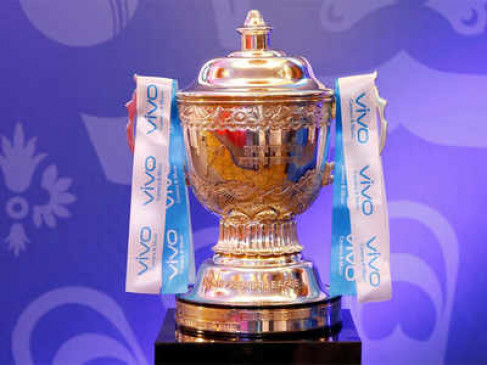 The remaining 31 matches of the IPL will be held in the UAE, the tournament can begin on September 19; Final on 9 or 10 October

Digital Desk, New Delhi. The remaining 31 matches of the Indian Premier League may be postponed to the United Arab Emirates after some players and the support staff were infected with the corona. These matches can start from 18 or 19 September. 10 double-headers are expected to be played during the three-week window. The final of the tournament can be played on 9 or 10 October. A BCCI official has given this information to news agency PTI.

Three weeks of wind will be enough to complete the remaining 31 matches of the league. There can be 7 single, 10 double header matches in the league round within 21 days. Apart from this, 4 play-off matches including Qualifier-1, Qualifier-2, Eliminator and Final will also be played. The Indian team’s last Test match against England is to end in Manchester on 14 September and the next day the entire team (except Hanuma Vihari and Abhimanyu Easwaran) will be flown to UAE on a chartered flight for a bubble to bubble transfer.

Available players from Team India and England will fly in a single charter flight from Manchester to Dubai. Similarly, West Indies players will also fly after completing the Caribbean Premier League engagements. Sources said there will be a three-day quarantine for players coming from the UK and the Caribbean. A franchise official has confirmed the communication made by the BCCI on the matter. “We have been asked by the BCCI to be prepared for the tournament,” the official said. We are given a window of 15 to 20 September.

According to media reports, the BCCI has decided to cancel the T20 series against South Africa in September, which was for Team India’s T20 World Cup preparations. It said that nothing could be better than a high-intensity tournament like the IPL to prepare for the World Cup. Since the T20 World Cup will start within a week or 10 days of the completion of the IPL, the South Africa series can be held at a later date. Sources said that India could play additional matches when they visit South Africa early next year.