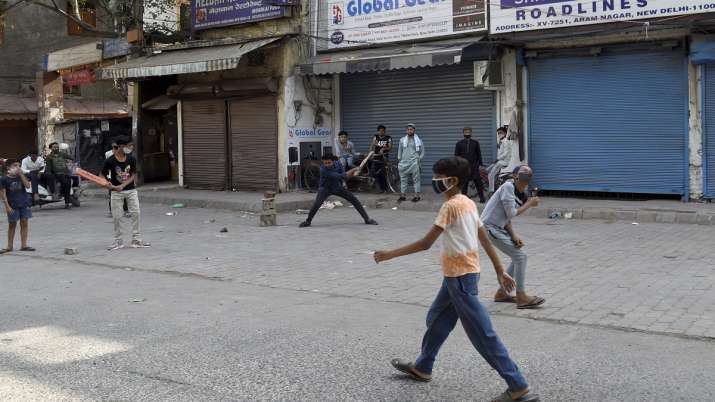 The pace of economic reform started slowing, this apprehension increased

New Delhi. The wheel of economic activity has started to slow down between the second rapid spread of the corona virus and the lockdown imposed in various states to overcome it. Due to this, the growth rate of the country’s gross domestic product (GDP) during the current financial year can be below nine percent. It has been said in a survey.

85% of Indian companies hopeful about improvement in economy, survey revealed

The economy will pick up from the second quarter of this year, bank loan demand will increase by 7-8 percent

Britain comes under recession, 20.4 percent drop in GDP in April-June

In this survey conducted by the Care Rating Agency, 80 percent of respondents said that the current situation of Kovid-19 could have a profound impact on demand and investment in non-essential items. He says that the cases of infection are reaching record highs, the pace of improvement in the economic sector is slowing down. Nearly seven out of every 10 respondents are expecting GDP growth to be below nine percent in FY 2021-22.

Another agency, Crisil, said that India’s GDP growth rate could fall to 9.8 percent under normalcy. This will happen when the second wave of Corona virus reaches its peak in May and comes down. But if it continues till the end of June, then the pace of economic growth will be further reduced to 8.2 percent.

GST Council meeting convened after 7 months, important discussion will be held on this day

The government fixed the price of gold at Rs 4,777 per gram, you can buy maximum 4KG gold

China finds a chance to earn for itself in India’s trouble….

careful! Big news on traffic rules, know which penalty will be imposed if you break the rules.