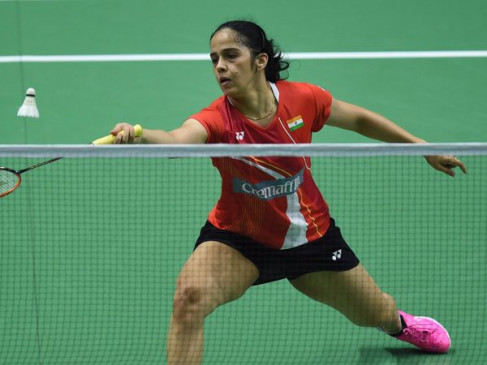 Thaliand Open: Saina and Kidambi Srikanth, Kashyap, Sameer and Prannoy out after defeat in second round of tournament

Digital Desk, Bangkok. Star Indian shuttlers Saina Nehwal and Kidambi Srikanth Yonex have advanced to the next round of Thailand Open Badminton. Saina defeated Kisona Selvadure of Malaysia. While Srikanth defeated his compatriot Saurabh and entered the next round. At the same time, Parupalli Kashyap dropped out in the middle and Sameer Verma and HS Prannoy lost in the first round.

Saina Nehwal
Saina Nehwal currently occupies the 20th position in the world rankings. Sain defeated Malaysia’s Selvadareya Kisona in the first round of the women’s singles 21–15 21–15 in a 36-minute match. This was Saina’s first encounter against Kisona. In the second round, Saina will now face World No. 12 Thailand’s Busnan Ongbaumrungfan, against whom Saina holds a career record of 3-3.

Kidambi Srikanth
In the men’s singles, Srikanth, currently ranked 14th in the world rankings, defeated compatriot Saurabh Verma. Srikanth defeated World No-30 Saurabh 21-12 21-11 in a 31-minute match. With this victory, 27-year-old Srikanth has made his career 3-0 against Saurabh. Earlier, Srikanth defeated Saurabh at the Hong Kong Open in 2019 and the French Open in 2013. Srikanth will now face eighth seed Malaysia’s Li Ji Jia in the second round.

HS Prannoy defeated in three games
Jia defeated Indian player HS Prannoy in the match that lasted three games. World No-28 Prannoy lost 21-13 14-21 8-21 against World No-10 Jia in 55 minutes. In another men’s singles match, Sameer Verma lost to Indonesia’s Cheshire Hiren Rustavito. Rustavito beat Samir 21-15 21-17 in a 37-minute match. World No. 31 Sameer had his first career clash against World No. 18 against Rustavito.

Parupalli Kashyap lost
Earlier, in the men’s singles first match, Parupalli Kashyap dropped out of the match leaving his first round match in the middle. Kashyap landed on the court against Canadian Anthony Ho Shue. In the first game, they lost 9-21, while in the second game they returned and won 21-13. In the third game, Shue was ahead 14–8, but Kashyap decided to retire and Shue got a chance to go to the second round.

Men’s doubles pair in second round of tournament
Earlier, the men’s doubles pair of Satwik Sairaj Ranki Reddy and Chirag Shetty reached the second round of the tournament. Chirag and Satwik pair advanced to the next round by defeating South Korean pair Kim Ji Jung and Lee Yong Dae 19-21 21-16 21-14 in the first round. The Indian pair won the match in an hour and eight minutes.

Arjun and Dhruv Kapila’s pair lost
In another men’s doubles match, the pair of MR Arjun and Dhruv Kapila lost. Malaysian pair Yong Yew Sin and Toe EA defeated the Indian pair 21-13 8-21 22-24. In the men’s doubles, Manu Attri and B Sumit Reddy lost the first round in another match. The pair of Thailand’s Veerafat Fakjarung and Wongsathorn Thongkam defeated the Indian pair 21-19 21-14 in 28 minutes.