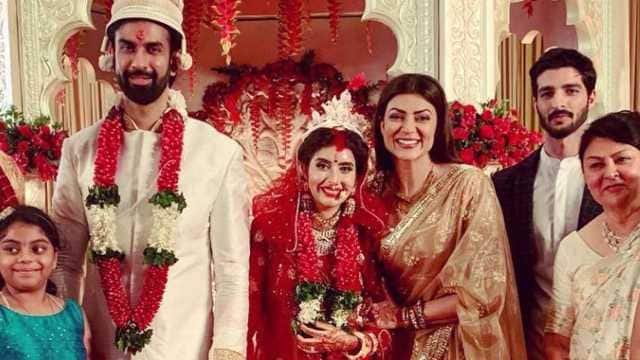 Sushmita Sen’s sister-in-law, TV actress Charu Asopa, announced her pregnancy through a post on social media last week. After which he is receiving congratulatory comments from fans and celebrities. He married Sushmita’s brother Rajiv Sen 2 years ago, after which there were also reports of a rift in their relationship and then everything going well. At the same time, Charu is in the headlines regarding pregnancy. Charu has also recently revealed his delivery date. She has told that she wants her baby to be like ‘Didi’.

Charu Asopa shared a picture on Instagram with Baby Bump and announced pregnancy. At the same time, during the talk of Spotboy, he told that he is in his hometown Bikaner and Sushmita Sen is constantly in his contact. She keeps taking information about the baby’s health through phone. Charu says that Sushmita is very excited about the baby and it was she who also helped him connect with the doctor in Mumbai.

In this interview, Charu has also told about his delivery date. He said- ‘My due date is around Sushmita didi’s birthday and so we are more excited, whatever will be the son or daughter will be as amazing as them. I have a lot of respect for her, as didi is of principles. I want my baby to be like them ‘.

Charu also told that she was very scared about pregnancy during the pandemic. Because the doctor had told her clearly that if she comes in contact with the virus in the first trimester, then it will be difficult to treat her. The doctor advised him to be very vigilant.