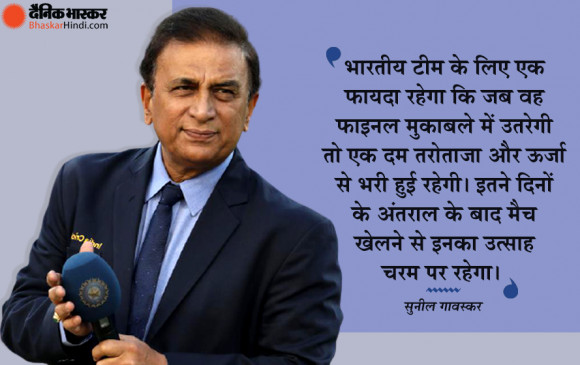 Digital Desk, New Delhi. According to former Indian team captain Sunil Gavaskar, there is a buzz that New Zealand will benefit from playing a two-match Test series against England ahead of the World Test Championship (WTC) final against India. However, Gavaskar says that he does not agree.

Gavaskar said, “Some people believe that playing a two-match Test series against England before the WTC final will benefit New Zealand as they will understand the atmosphere here.” He said, but there is another side to it. If New Zealand suffered a loss in this series, their morale would break and some of their players may have to suffer injury as it often does in England in early June.

Gavaskar said, “There will be an advantage for the Indian team that when it goes into the final, it will be fresh and full of energy.” Their enthusiasm will be at the peak by playing matches after a gap of so many days. The former captain said, this team is one which has tasted success in adverse conditions, so any odd situation will be an opportunity for them to overcome it.

Let us know that the New Zealand team, captained by Kane Williamson, is to face England with it from June 2. The Test series between the two teams will end on 14 June, after which the Kiwi team will play the WTC final match with India from 18 June.