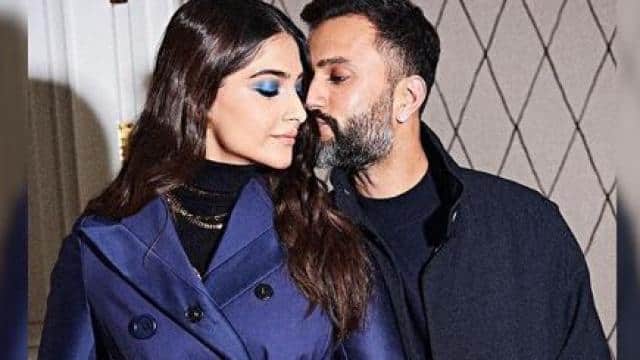 Sonam Kapoor got her hair done for husband Anand, getting viral photo

Bollywood actress Sonam Kapoor is very active on social media these days. She is seen sharing interesting posts with her fans on the day she arrives. Recently, Sonam has once again come into the limelight for some similar reasons. A picture of Sonam is becoming very viral on her social media, in which she is seen with her purple hair. Sonam Kapoor has also told that she has done colors for her child husband Anand Ahuja. At the same time, the fans are surprised to see this new style of Sonam.

Sonam Kapoor has shared a video in Story on her Instagram account. In which she is seen holding her camera in selfie mode. His hair color purple is seen in this video. Hair is visible on his face. At the same time, a yellow colored painting is seen behind them. While sharing this photo, Sonam wrote Purple and Yellow, Anand Ahuja just for you. See the picture shared by Sonam here

This photo shared by Sonam Kapoor is going viral on social media. Sonam’s style is pleasing to the fans in this photo. Everyone is asking them if they have got their hair colored? However, it may also be that Sonam has used a filter. Sonam Kapoor is seen sharing romantic photos on social media with her husband Anand.