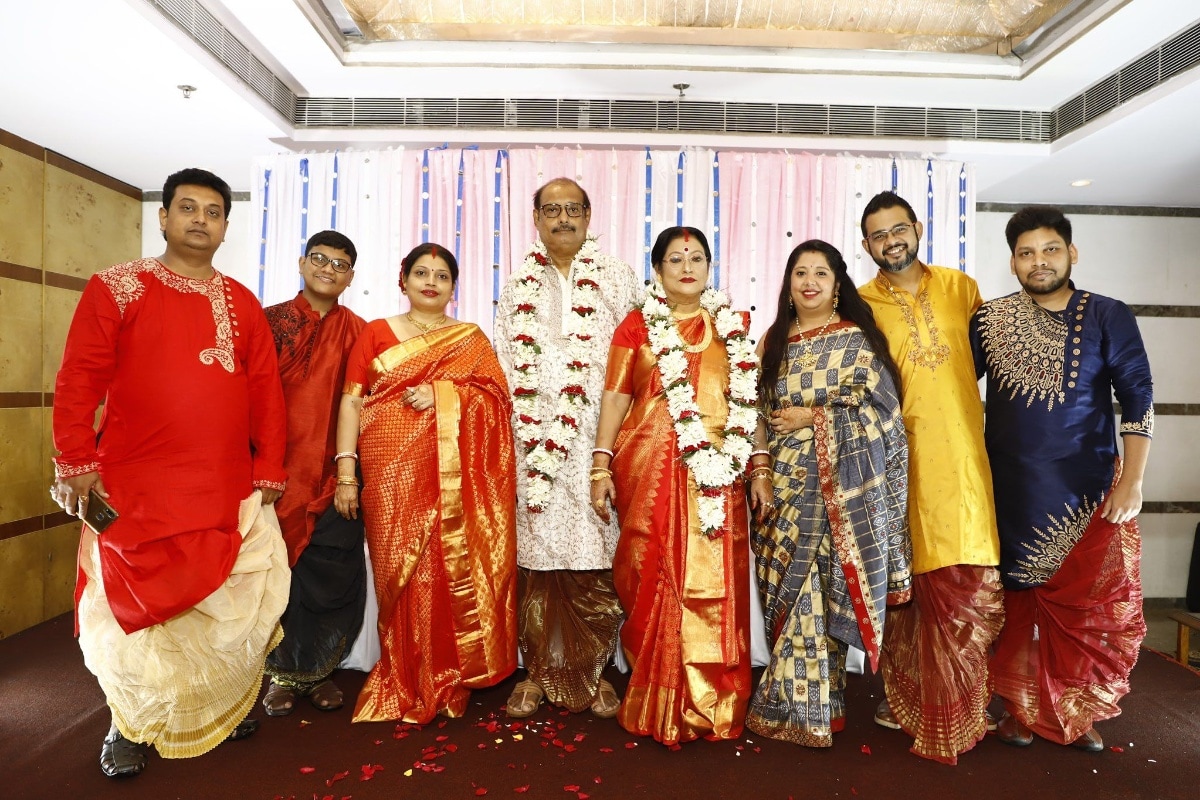 66-year-old Tarun Kanti Pal and 63-year-old Swapna Roy have married. The special thing is that Tarun’s son Shayon Paul shared the story of his father’s new love on Twitter.

Kolkata. A man’s wife has died, has a son and is currently a loner. In such a situation, he falls in love with someone again and marries another. We have seen such stories in films, but one such incident has happened in West Bengal. Here an aged couple has decided to live together for life. Both have got married. The special thing is that the groom’s son himself has given the news through social media post. Thousands of people have sent wishes on this post.

Let’s understand the whole issue
66-year-old Tarun Kanti Pal and 63-year-old Swapna Roy have married. The special thing is that Tarun’s son Shayan Paul has shared the story of his father’s new love on Twitter. Not only this, he has also included a photo of the couple in his post. Shayon writes’ So, my father got married a day ago. The ceremony involved only family and close and mostly masks. It was all very fun and real. After being alone for 10 years after the mother’s passing away, the father finds love again.

So, my Dad got married the day before. The ceremony was (mostly) masked and just with close friends & family. It was both surreal and fun. After 10 years of being alone since my mom died, I’m glad that he found love again! pic.twitter.com/qGaD3u5CuA

In a conversation with the English newspaper Hindustan Times, Shayon told about her father’s new love story. He told that all his close friends are very happy with this marriage. At the same time, many social media users are not able to stop themselves from giving feedback on this special wedding and special story.

Thank you everyone for your amazing wishes. I had no idea, when I shared this life update, that it would end up garnering 6,000+ likes! RIP my notifications. As a token of our gratitude, here’s another photograph of the newly wedded couple. pic.twitter.com/AUd9FJTJly

Shayon also told via a tweet how many likes he received on this post on Twitter. In another tweet, Shayon writes, ‘Thanks for all the congratulations. I did not know that when I share this thing of life, then I will get more than 6 thousand likes on it. He also shared a new photo of the couple in his tweet.