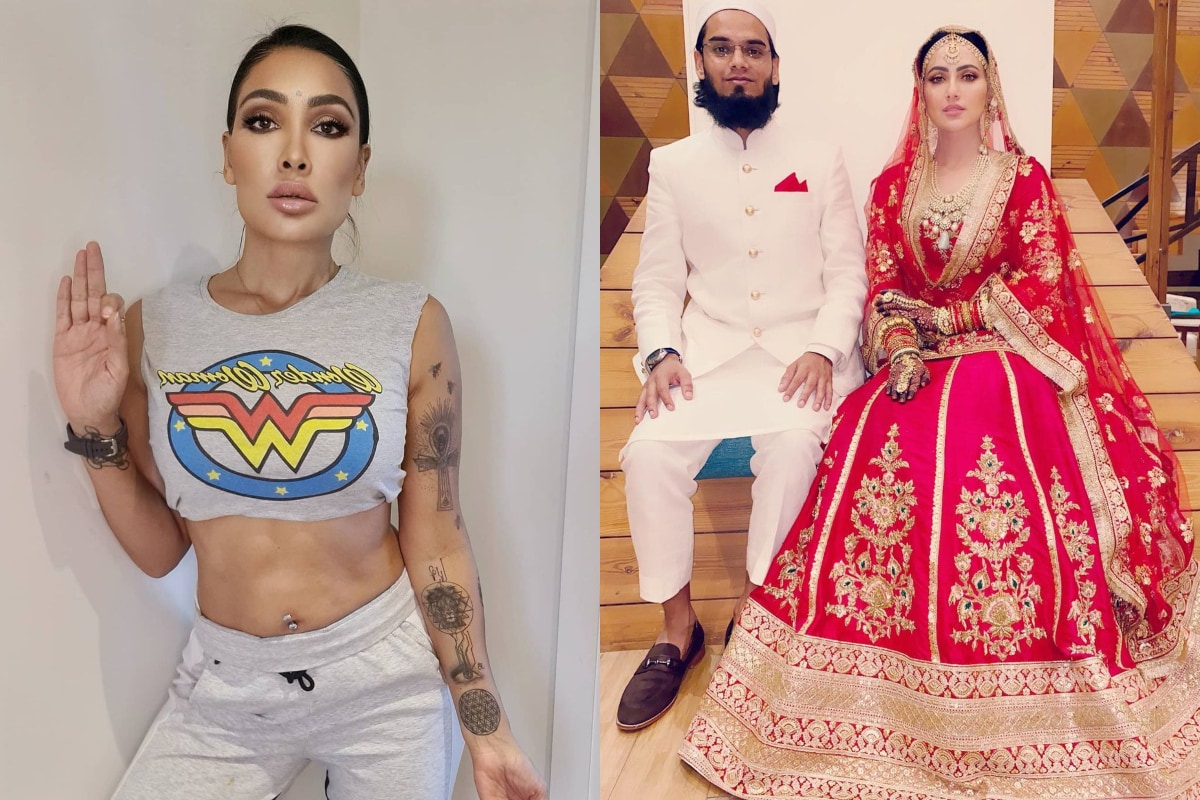 Sana Khan has recently left the glamor wor­d and married Mufti. After this, she came in tremendous headlines, in the meantime, when she was compared to the nun who became a nun, Sofia Hayat was very upset

These days, Sana Khan has been in tremendous headlines due to her personal life. Shortly before his marriage, he made such changes in himself that people were shocked. She suddenly announced that she was quitting showbiz and Sana removed all her bold pictures from her social media account.
At the same time, tremendous discussions started on the Internet about them. Meanwhile, some trolls were also seen comparing Sana Khan to actress Sofia Hayat. At the same time, when Sophia came to know about it, she was surprised. He angrily set up a class of trolls.Sofia Hyatt suddenly announced in 2016 that she was leaving the glamor word and decided to become a nun. Sophia also changed her name to Gaia Sophia Mother. During that time, she also changed her dress and shared many photos. But after some time, he started sharing his bold pictures. At the same time, people appeared on social media about Sana Khan, saying that Sana will also appear like this after a while.

Now I don’t wear nun-like clothes every day … does it make me less spiritual. I am completely spiritual rather than full of clothes. People who have narrow thinking and small talk will not understand this. I have not done sex for 3 years. I am still Mother Sophia and I am spiritual even today. Apart from this, while speaking in support of Sana Khan, Sophia said that whatever she can do, it is her life.