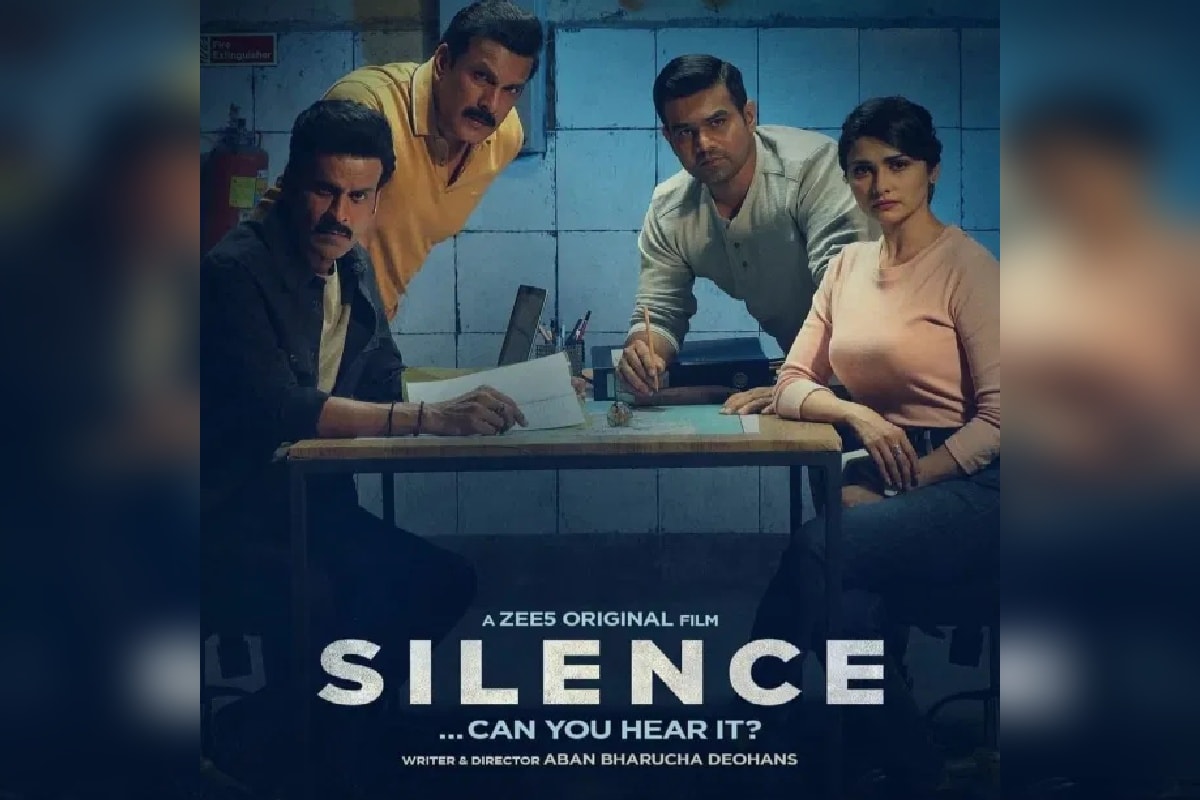 ‘Silence …. can you hear it?’ Film Review: You can avoid this film without making a sound

The pace of the film is the enemy of the film. Like the detective novel, the entire film has been made for a surprising climax.

film- Silence …. can you hear it?
the director: Aban Bharucha Devahans
Duration 136 minutes
OTT- In Zee5 Murder Mystery Films, many directors make the mistake of considering the audience as silly. Usually, in such films, there are one or two characters who confuse the audience or every time the needle of suspicion turns on a new character, which hides the lack of director. Aban Bharucha Devhans tried to do something like this “Silence …. can you hear it? (Silent … can you hear?)” I have done The pace of the film is the enemy of the film. Like the detective novel, the entire film has been made for a surprising climax. Apart from Manoj Bajpayee, the hero of the film, every viewer has realized who the killer is.

A good suspense film needs a simple story with lots of punches. Every character should take the story in a new direction. Every character has a particular thing, a pillow, or a whimsical kind of habit that will keep the viewer in confusion and even if it is not, then there will be incidents in the story that will make the viewers always think. . When layers open in a successful suspense or murder mystery, it opens with the audience. Nothing like this happens in silence.

Manoj Bajpayee is in the role of a policeman, he has done it before. Beevi and Batiya remain separate and wear a tshirt with the unusual slogan of Batiya’s choice as a competition. Few are trying to be faddish. Whoever is in the film is just because of Manoj. He is accompanied by Prachi Desai, who has become an inspector. There was nothing in the character and Prachi was not even checked. Having played the role of Rahul Gandhi in The Accidental Prime Minister, Emmy Award nominated actor Arjun Mathur is also playing an MLA this time. The actors are good but the selection of the role has been missed. The rest of the characters and their actors are as boring as the script itself.

The story is also written by Aban, as he loves murder mysteries. But in spite of this, it looks like the script was shot before it cooked properly. No one can understand who has committed the murder, but Manoj Bajpai gets the broken part of the bracelet as proof and the bloody in the climax arrives to meet Manoj wearing the same broken bracelet. No venture has been made to burn or erase the evidence, it is surprising to think. While investigating the murder, the removal of Bhidant and Manoj from the case between ACP Manoj Bajpayee and his commissioner is also a part of the film, which is completely pathetic.

Some street is Gallouche. Even if you do not keep it The ring of the film was placed on Manoj’s shoulder. His shoulders also responded and the film was shattered with Dhadam’s voice. If you do not watch the film, nothing will deteriorate. Save time

1 thought on “‘Silence …. can you hear it?’ Film Review: You can avoid this film without making a sound”