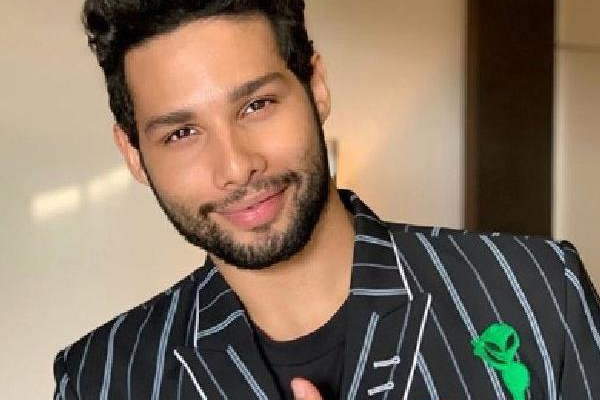 Siddhant Chaturvedi revealed which film he wants to see


Mumbai . Actor Siddhant Chaturvedi said that he wants to see the only film ‘2050 A Love Story’. There is certainly no film by that name, and Siddhant is probably referring to the 2008 film ‘Love Story 2050’. The film was made by director Harry Baweja to launch his son Harman Baweja in 2008. Priyanka Chopra’s pairing with Harman was seen. The film came at a time when the affair of both stars was discussed everywhere. The film may not have been shown at the box office. But it was quite a romantic film.

Siddhant posted a picture on Instagram on Friday night, where he is smiling as he stares into the camera.

The cryptic caption hints at the fact that, like all of us, the theory wants to go very far from the present day to the year 2050.

Siddhant will soon be seen in ‘Bunty Aur Babli 2’, ‘Phone Bhoot’, ‘Yudhara’ and an untitled film by Shakun Batra. (IANS)