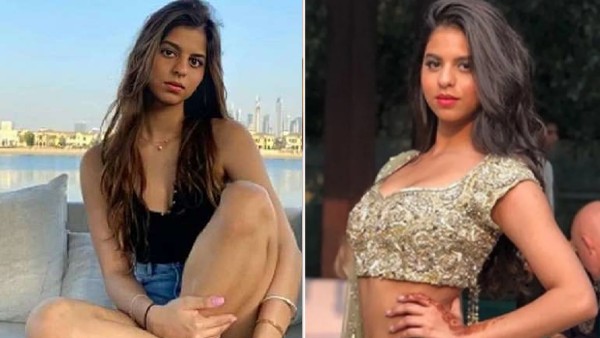 She came with friend

Suhana lives in New York. Now he has shared the story on Instagram with one of his friends. In which she is seen posing in a glamorous style. Who was the other girl with Suhana could not be ascertained, because neither did they mention her name nor tagged her on Insta. This fan of Suhana is very much liked by his fans. Also many of his fan pages have also shared this photo on Instagram. Suhana has not made an entry in Bollywood, but on social media, she is seen competing with big celebrities for following fans.

What is Galentine’s Day?

Love Week begins with Rose Day on 7 February. This is followed by Propose Day, Chocolate Day, Teddy Day, Promise Day, Hug Day, Kiss Day. Then on 14 February, Love Week ends with Valentine’s Day. Meanwhile, on January 13, a special day comes, which very few people know. Its name is Galentine’s Day. The day before Valentine’s Day, the girls leave their boyfriends, husband, and meet them at home and celebrate their friendship.

Suhana returned to Mumbai from New York several months ago due to the Corona epidemic. In late January, Shah Rukh Khan was spotted at Mumbai airport with son Abram and daughter Suhana. During that time, Suhana was going to New York to study, due to which Shahrukh himself came to leave the airport. On the other hand, Shah Rukh Khan’s new look captured on camera at Mumbai Airport has now gone viral. He has adopted this look for his upcoming film ‘Pathan’.