Shabana Azmi, who turned 71, had rebelled against her family members to marry Javed Akhtar

Know how Shabana fell in love with Javed

Javed Akhtar used to go to learn writing from Shabana Azmi’s father Kaifi Azmi, who was a poet. During this, both of them became close to each other and in no time both fell in love. But Shabana Azmi’s family was against their marriage as Javed Akhtar was already married. When Javed was arrested in love with Shabana, he had two children with his wife Honey.

Shabana had rebelled with the family members for Javed

On the persuasion of Shabana Azmi, if her family agreed for this marriage, the actress rebelled against her family members. After this Javed Akhtar and Honey got divorced in 1984 and after that both got married. Javed Akhtar has two children, Farhan and Zoya, both of whom are in films.

Shabana was in a relationship with Shekhar Kapur

Shabana Azmi once openly confessed that she was once in a relationship with famous filmmaker Shekhar Kapur. Director Shekhar Kapur and Shabana Azmi, known for films like ‘Bandit Queen’, had a long affair but later broke up. 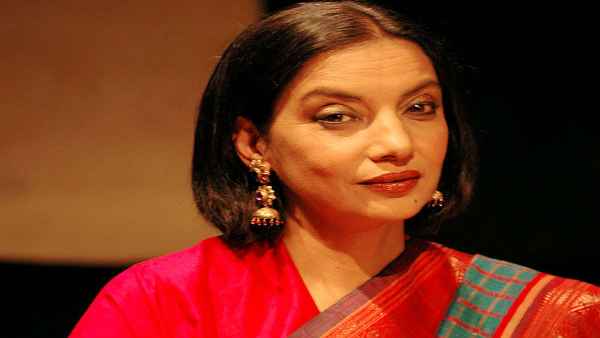 Impressed by this actress, Shabana took entry in films

Influenced by Jaya Bhaduri’s film ‘Suman’, Shabana got the National Film Award for Best Actress for the films ‘Ankur’, ‘Arth’, ‘Paar’, ‘Godmother’ and ‘Khandhar’. Apart from art films, Shabana did commercial films and made a place in the hearts of the audience with her strong acting. These commercial films were ‘Amar Akbar Anthony’, ‘Honeymoon Travels’, ‘Sansaar’.

Shabana Azmi has been awarded the Padma Shri and Padma Bhushan awards. Apart from this, Shabana Azmi has received five National Film Awards and five Filmfare Awards. He was awarded the Padma Shri, the country’s fourth highest civilian honor, in the year 1988. Whereas, the third highest civilian honor was awarded with Padma Bhushan in the year 2012.