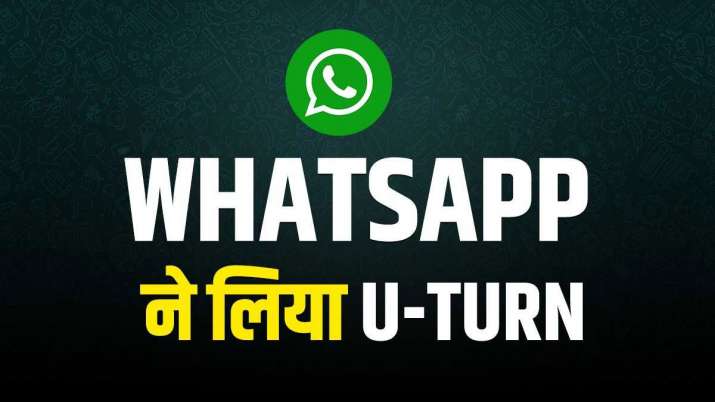 WhatsApp, which is facing worldwide trouble for its new privacy, has now taken U Turn. According to the news of the news agency Reuters, WhatsApp has postponed its new business feature for the time being in view of people’s displeasure. Facebook-owned messaging app WhatsApp has now suspended its privacy update plan. WhatsApp says that this will give users more time to know about the policy and review it. WhatsApp has said that it decided to postpone the privacy update due to growing concerns over misinformation spread among people.

Talking about the meaning of common people, your WhatsApp account will not be closed now on February 8, if you do not adopt the privacy policy. The company has said in a blog post that no account will be suspended or deleted on February 8. We are currently extending the implementation date. Along with this, we are working to clarify the misinformation spread about the privacy and security etc. of WhatsApp.

WhatsApp has already given clarification

WhatsApp, which has been facing trouble since the notification related to privacy has already been given through newspapers and social media etc. WhatsApp has said about the new privacy policy that it will not affect personal chatting with friends and family. WhatsApp had said that the new policy is only for business accounts. WhatsApp tweeted that users’ chats are completely secure with end.com and encryption as before.

This delay is a big blow for the company

The delay is a major setback for the revenue generating scheme by facilitating commercial exchanges on the WhatsApp messaging app. WhatsApp wrote in its blog that on February 8, no one will have to suspend or delete their account. We are going to do a lot to correct misinformation about how privacy and security works on WhatsApp.

What is the matter

WhatsApp recently started giving updates to its users about the terms of service and privacy policy. WhatsApp explained how it processes users’ data and shares the data with Facebook. The update also stated that users would have to agree to the new terms and policy by February 8, 2021 to continue using WhatsApp’s services.

The downloads of rival apps like Signal and Telegram are witnessing an increase. While Telegram crossed 500 million active users in January itself. At the same time, the signal reached such a large number of users that its system sat down. Tesla chief Elon Musk also appealed to people to stop using WhatsApp. WhatsApp chief Will Cathart shared his opinion about this, tweeting one after the other.