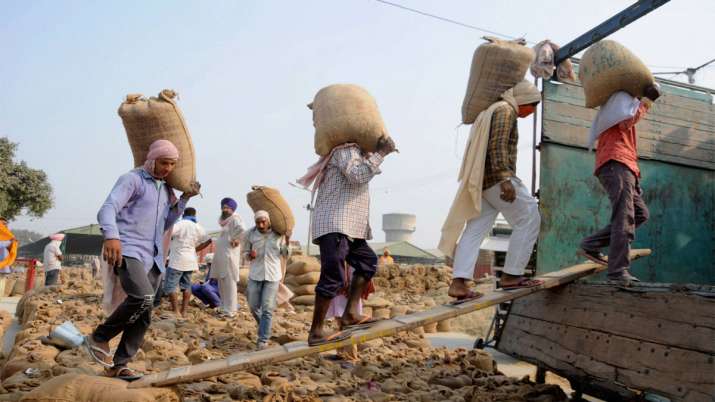 New Delhi. Government procurement of wheat in the upcoming Rabi marketing season 2021-22 in Punjab is going to start from April 10, but there is a lot of confusion over the record of land in direct payment to the account of the farmers in the crop. Other states of the country have started paying the price of the crop directly to the farmers’ account by implementing the system of filing of land records in the government procurement of crops, but till now farmers in Punjab have to pay only through factions. .

The central government says that the filing of records of farmers’ land and online payment in procurement of crops at the minimum support price (MSP) will bring transparency in the system and benefit real farmers. But the Punjab government is not willing to implement the mandatory filing of land records in the upcoming Rabi season. The state government says that it needs more time for this.

Punjab Food and Civil Supplies Minister Bharat Bhushan Ashu said, “Filing of land records is a good reform, but it requires time. Today when farmers are sitting on the movement on the border (borders of Delhi), then we ask them to record the land records. Where will you go? He said that many farmers have given their land on share and some have given it on contract, in this way the owner of the land is someone else while the farming is done by someone else, so to consider how they will be paid. needed. He said that for this, he would have to negotiate with the stakeholders concerned and convince them.

Bharat Bhushan Ashu told that Punjab Chief Minister Amarinder Singh wants to talk to Prime Minister Narendra Modi on the issue related to government procurement of food grains and he will meet the Prime Minister soon. Let us know that from the upcoming Rabi season, Haryana is going to implement the system of direct payment in the account of farmers on the MSP. There is no difficulty in registering the farmers there as per the records of landowners, because those who have leased the land have the agreement paper.