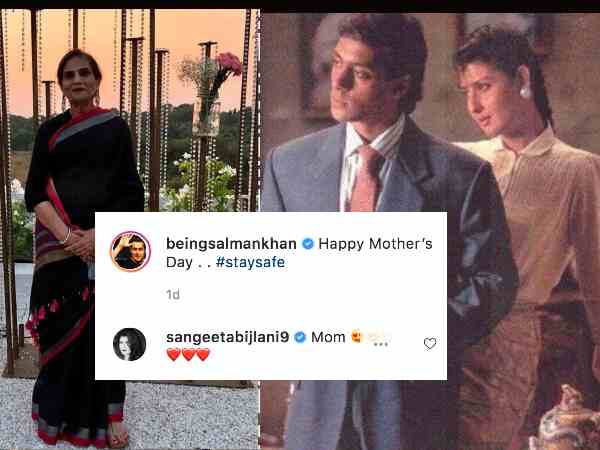 Significantly, the story of Salman Khan and Sangeeta Bijlani has been left out by very few people. There was a time when the two were dating each other. Sangeeta Bijlani married Mohammad Azharuddin after the breakup.

The conversation was closed for years

Salman Khan and Sangeeta Bijlani had a closed conversation for years, but after parting with Azharuddin, when Salman Khan came to know about Sangeeta, he himself tried to take Sangeeta’s condition.

Had heard the news from the media

There was no colloquy between the two for 14 years, but when Salman heard the news of Sangeeta’s divorce in the media, he himself contacted her. They wanted to know whether Sangeeta was alright or not.

Sangeeta was in a bad phase

Have changed the equation

Salman and Sangeeta are good friends today and can often be seen together. Probably also because Salman Khan has changed a lot today. The two can be seen partying together. At the same time there were reports that when Salman Khan was producing Nach Baliye, he wanted to bring Sangeeta as a judge.

Few people know that Salman Khan and Sangeeta Bijlani had a strong relationship and had even printed the wedding cards of the two.

Salman confessed in Koffee with Karan that Sangeeta caught him red-handed with someone else. Although they were idiots who got caught.

Sangeeta was five years older than Salman and he was just 23 years old when Salman started dating her.