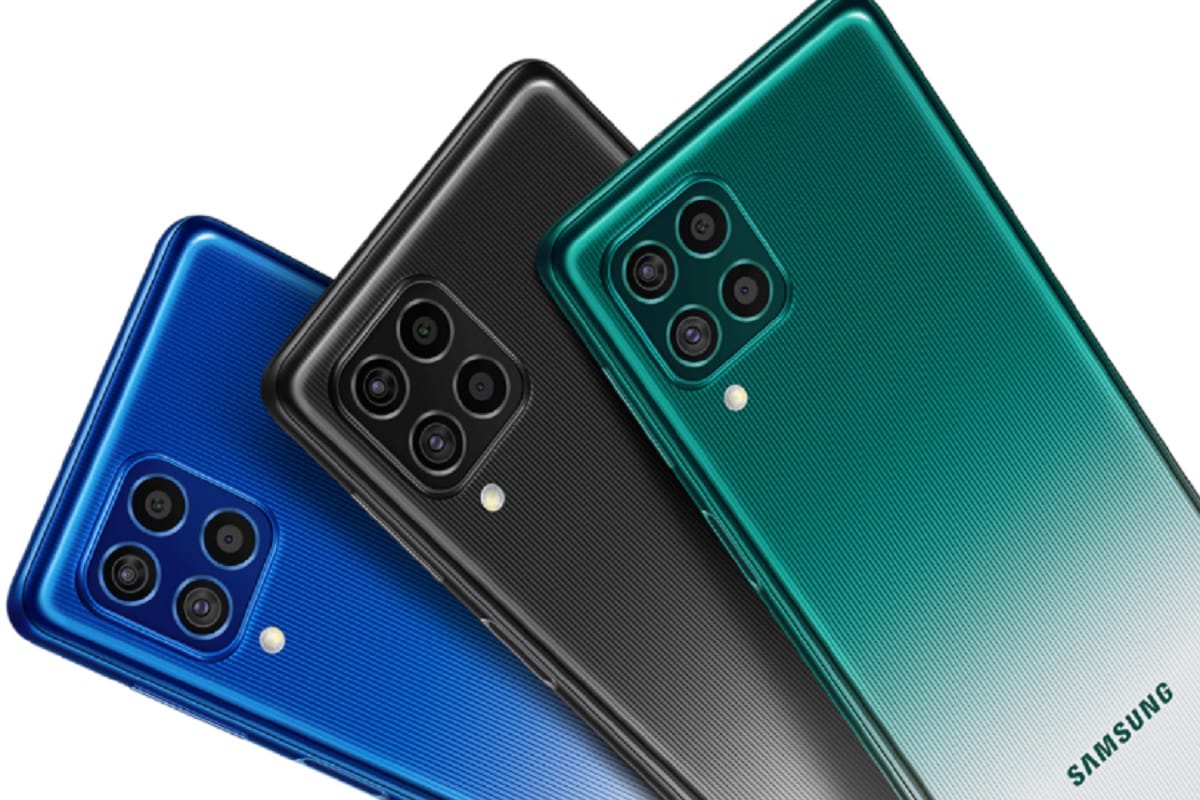 Jay February 15, 2021
Samsung Galaxy F62 launched: Samsung has finally launched the eagerly awaited Galaxy F62 in India. This phone comes with Exynos 7nm chipset, which has been introduced in the mid-range segment. The special feature of the phone is the quad camera setup and punch hole display. Samsung has introduced its new phone at an initial price of Rs 23,999, which is for its base variant 6GB + 128GB storage. Apart from this, the price of the second variant of the phone 8GB + 256GB has been kept at Rs 25,999. Customers can buy the phone from 22 February from Flipkart, Reliance Digital Store and Samsung’s offline retailer.

The company has also announced a cashback offer on the purchase of the phone. Customers who use ICICI credit and debit cards to buy phones will also get a cashback of Rs 2500. The company has made this phone available in laser blue, laser gray and laser green color.

Talking about the full specifications of the phone, the Samsung Galaxy F62 has a 6.7-inch Super AMOLED + Infinity-O display. The company’s Exynos 9825 processor has been given in the phone. This phone has been introduced with 128 GB internal storage with 6 GB RAM and 8 GB RAM, which can be expanded up to 1TB via micro SD. This phone works on One UI 3.1 based on Android 11.

64 megapixel quad camera in phone
As a camera, the quad rear camera setup has been given in the Galaxy F62. It has a 64-megapixel primary camera, 12-megapixel ultra-wide, 5-megapixel macro and a 5-megapixel depth sensor. The phone has a 32-megapixel camera for selfie calling as a front.

(Also read- Airtel users are getting free up to 6GB data in cheap recharge, know how you will get benefit)

For power, the Galaxy F62 has a powerful battery of 7000mAh, which comes with 25W fast charging support. For connectivity, this smartphone has connectivity features like 4G VoLTE, Bluetooth 5.0, Wi-Fi, NFC, GPS, GPRS, Micro-USB.