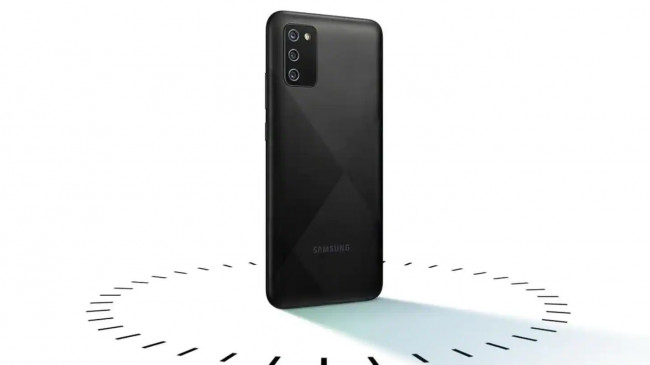 Digital Desk, New Delhi. South Korean smartphone maker Samsung (Samsung) may soon launch a new handset of the A series. Actually, according to the recent report, the company is working on the Galaxy A03s smartphone. This phone can be a successor to the Galaxy A02s launched globally in November last year. Leaked designs and specifications of this phone have been revealed.

Although this is not the first time the leaked features of this Galaxy A03s have been revealed. Even before this, a report has come out about this phone. In which information about many specifications of the Samsung Galaxy A03s phone has been given. Let’s know about this leaked report as well as the possible price of this phone …

Samsung Galaxy A03s Possible Specifications
According to the leaked report, a 6.5-inch water-drop notch display can be found in this smartphone. Looking at the leaked render, it is revealed that this phone will be given triple rear camera setup in this phone for photography.

According to the leaked report, this phone will have a 13-megapixel primary sensor and the other two 2-megapixel sensors. While a 5 megapixel front camera will be given in this phone for selfie and video calling. In this, a side-mounted fingerprint scanner can be given for security.

iQOO Z3 5G smartphone to launch in India on June 8

potential price
Samsung has not shared any information about the launch, price and features of this upcoming smartphone. But according to leaked reports, this phone can be launched at a price between Rs 10,000 to 15,000.