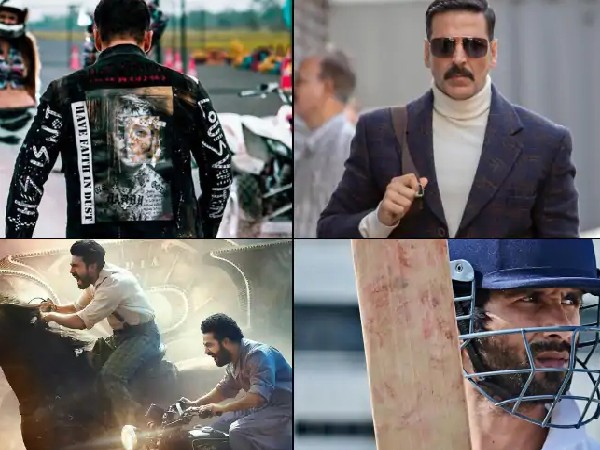 Salman vs John, Akshay vs Shahid, Koharam – 5 tremendous clash at the box office in 2021

The first of the year and the Big Clash is going to be between Salman Khan and John Abraham. Both Salman and John are bringing their mega budget films on Eid this year. Salman Khan’s Radhey and John Abraham’s Satyamev Jayate 2 together will release on May Eid. Now, which of the two will win, everyone will keep an eye on it.

Recently, the release date of Siddharth Malhotra’s film Sher Shah has been scheduled on July 2. The production film Major by Mahesh Babu is also being released on this occasion.

Ajay Devgan is going to face Ajay Devgan. Yes, it may sound strange but this year you will get to see it on Dussehra. Actually directed by SS Rajamouli and Alia, Ajay Devgan, Ram Charan and Junior NTR starrer film RRR Dussehra is releasing. Produced by Ajay Devgn starrer and Boney Kapoor, the film Maidan is also getting clashed with it.

Yash Raj Films recently announced the release of its 5 big films in theaters. One of them was Akshay Kumar starrer Prithviraj. Prithviraj is releasing on the occasion of Diwali on November 5, while Kabir Singh fame Shahid Kapoor is also bringing the jersey on Diwali. This can also prove to be the Big Clash of the Year.