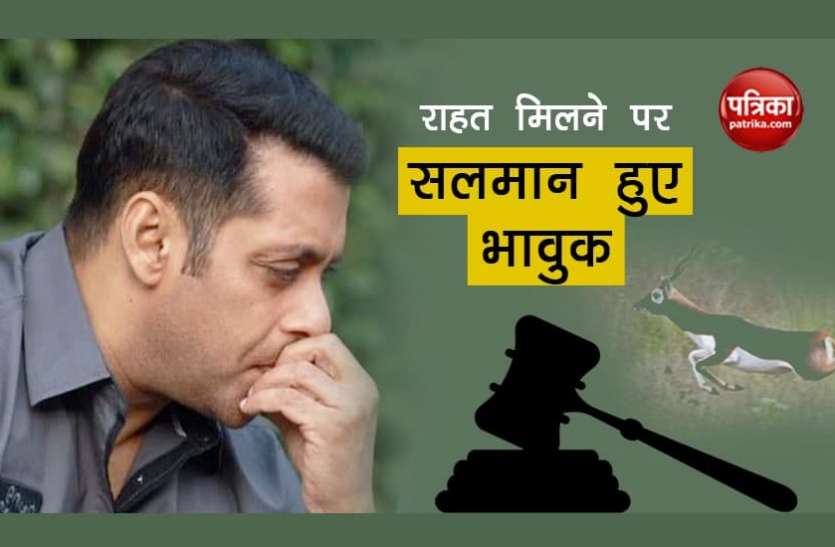 Salman Khan, who was emotional after getting relief in black deer case, thanked the fans, people celebrated by bursting firecrackers

New Delhi. Bollywood actor Salman Khan has finally got relief in the blackbug hunting case. On Thursday, that is, on Thursday, in the black deer case, Raghavendra Kachwal court dismissed the petition of the Rajasthan government and acquitted Salman of this charge. Let me tell you, Salman was accused of possessing an expired weapon under the Arms Act and hunting deer with it. Well, after the court’s decision, Salman looked very emotional and also gave a special message to his fans.

The man who may not be their in ur happy times but he make sure that he will be available in ur bad times. Most helpful person and kind hearted man.

WE LOVE YOU SALMAN KHAN pic.twitter.com/OM1p4dXrm3

After being acquitted in the Kala Deer case, Salman thanked his fans for supporting him through his official Twitter handle without losing time. Salman told the fans by tweeting that this for all his fans. Salman thanked fans for their love and support. In addition, the tweet told fans to take care of themselves and family. Salman also wrote in his tweet about the blessings of God for the fans and love for all.

Also read- Pran, who played the villain, was very kind in real life, used to work in films for a fee of 1 rupee.

In Salman’s happiness, his fans also joined in and he also celebrated the court verdict with pomp. It is being told that on getting relief from Salman, his fans celebrated by bursting firecrackers. On the social media, he also expressed love for Bhaijaan by doing many tweets. One user tweeted that Salman was strong as a rock. Talking about the actor’s workfront, he will soon be seen in the film Radhe: Your Most Wanted. Actress Disha Patni will also be seen with her in this film. At the same time, he will also appear Antim and Kick 2 soon.