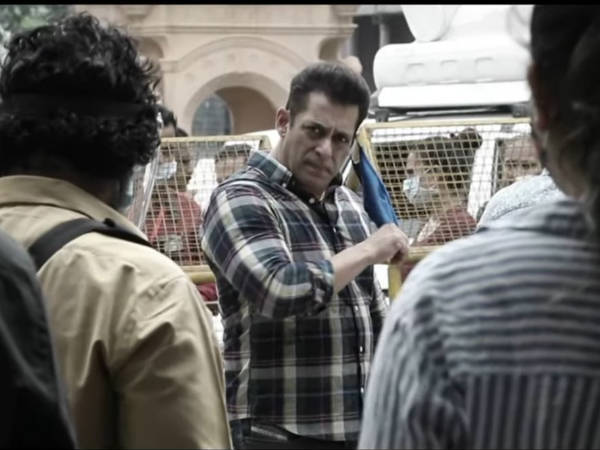 Salman Khan rejects 250 crore deal, his film will not be released on OTT!

Release date is not final

Prabhudeva further said, if anyone can bring the audience back to the cinema hall, then it is Salman Khan. He is a hope. We are waiting for theaters to open, so that the audience can experience this on the big screen. We are ready but no date is final yet.

Shooting cancell due to corona

The shooting of the film was canceled due to Corona, which has been completed recently. The film was rumored to be released on Diwali or Christmas this year. But now it has been postponed till next year.

Radhe your most wanted brother

Radhey will be a blazing action film, directed by Prabhudheva. While the producers are Atul Agnihotri and Sohail Khan. The film will also feature Disha Patani and Randeep Hooda alongside Salman Khan in pivotal roles.

OTT will not release

It was rumored that the film would be released on OTT in this lockdown. And it has been sold 250 crores. But the team of the film denied this clearly.

It is reported that Radhe will be Salman Khan’s shortest film. From Dabangg 3, the fans were complaining that the length of the film was more, so they could not earn much. Therefore, it will be taken care of in Radhe.

Is not a sequel to Wanted

This is not a sequel to Wattend. Its story is completely different. Salman Khan said that – Radhe will be the father of Wanted in terms of action and story. The film will also feature Disha Patani, Jackie Shroff, Randeep Hooda along with Salman Khan.

It is a Hindi remake of the Korean film Outlaws. However, a little change has been made in the story.