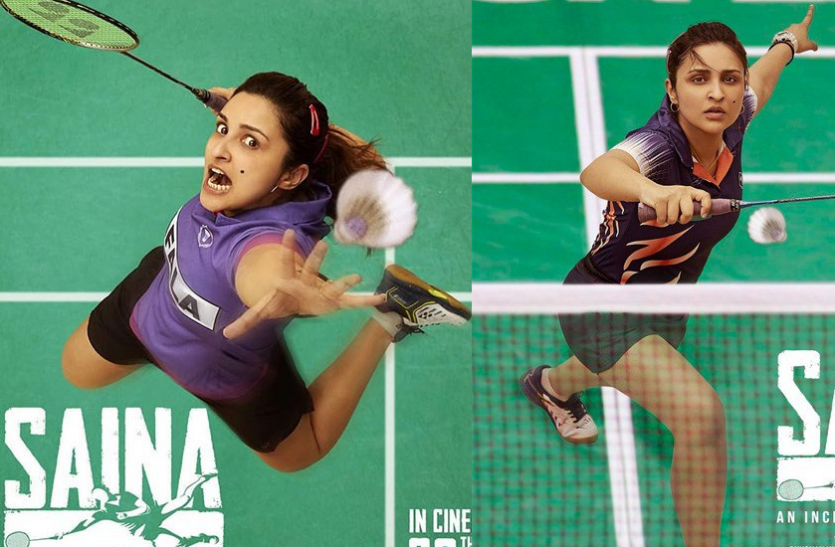 Just like every film made on bandits is not ‘Sholay’ and every film made on brothers of two opposite ideologies is not ‘wall’, similarly every biopic of players is not ‘Dangal’. Badminton star Saina Nehwal’s biopic ‘Saina’ leave ‘Dangal’ based on the struggle of wrestler Geeta-Babita Phogat, Mahendra Singh Dhoni’s biopic ‘MS. Dhoni: The Untold Story ‘or the boxing champion Mary Kom also does not stay close to the biopic of her name. The struggle to shed blood and sweat behind every champion, the feeling of ‘These flowers I have inherited / You have not seen my bed full of thorns’, does not emerge well in ‘Saina’. Amol Gupte prepared the superficial structure of the biopic on the things heard (it is possible, he could have heard them by Saina Nehwal). There is no feeling of ease in it. Excessive emotionality does not allow this biopic to rise above the mediocre film. Admittedly, in films there is less emphasis on reality and more emphasis on officers. But when you are showing the journey of a famous player on the screen, instead of officers, there is an urge to present the truth and facts. On this front, ‘Saina’ disappoints.

Very ambitious mother, tough coach
Amol Gupte has been ‘over’ in many films in acting, ‘Saina’ has also repeatedly been ‘over’ as a director. Instead of presenting the events effortlessly, he made it so dramatic that the film neither touched the heart nor entertained well. The wind is blowing that this film has been made to inspire the new generation. How much inspiration will the new generation take from this, it is a matter of the latter, mothers should not take any inspiration from this film. What is the ambition of a mother to want to see her little girl topped in every match and to be runner-up and give her a slap in front of everyone. In this film, Saina’s mother is treated like this in her childhood. The father may understand the feelings of the girl child, but remains submissive in front of the wife’s stubbornness. Later, the coach (Manav Kaul) is seen running four steps ahead of Saina’s mother. Sir, who is able to withstand the same, will play the game, is the way Munadis, not Goya players, are preparing fighters for any war. If sports sentiments have become so ruthless in this way, then it is a matter of concern for sports as well as society.

ALSO READ: The Girl on the Train Movie Review: From beginning to end, the train hiccups, the brain is disturbed

Thunderous applause
It is being claimed that the struggle of ‘Saina’ is shown in the biopic. Which struggle? In the biopic, he is shown the girl of the house eating and drinking. The mother is feeding them parathas and butter, so that she can achieve a high status in badminton, which she herself could not do while being a district level player. Doctor’s father has also been a badminton player. Somewhere, he has the same desire in his mind as that of his wife. He has another daughter shown in the film. It is not taken care of by any of the parents. Probably because she does not play badminton. The poor person either cooks or watches applauds on TV and plays applause. If Saina wins the match, then the parents also play applause with the people of the country. After losing the match, he also starts raising fingers on the daughter’s game like the public. After a long chase, the daughter again wins the match, then everyone starts clapping again. This is a spectacle, not a game, where applause and emotions are beaten with applause.

Pullela Gopichand and P.V. Indus episode disappears
If it is Saina Nehwal’s biopic, then it will have coach Pullela Gopichand and other badminton star P.V. Why were the events of Sindhu avoided, which are known by many people interested in sports. Amol Gupte wanted to play safe. In ‘Saina’, he has changed the name of the coach to ‘Rajan’. Taking such a leeway in a biopic makes his credibility questionable. Know how many such fake episodes would have been put into the film. Throughout the film, Amol Gupte tries to give the audience the pleasure of moisturizing the audience by making the events very emotional. Unsuccessful attempt.

Also read: Parineeti repaid the money lost in the bet with Akshay, writing a note of two thousand …

Parineeti Chopra did a lot of work
Parineeti Chopra has taken a lot to cast in the character of Saina Nehwal. In some places, her performance is good, but her more comfortable performance is that of Bal Saina, Nisha Kaur. Manav Kaul is also fine in the character of the coach. No other artist has shot such an arrow to mention it separately. The film also has some songs. Their absence is equal. Photography is good in some parts. At some places, the camera also looks confusing like a script. If Amol Gupte worked a little more on the script and paid some more attention to the facts, ‘Saina’ could have been a good biopic. At the moment, I remember the lion of Sahir – ‘These celebrations are interesting toys / Some people try, some people get carried away.’