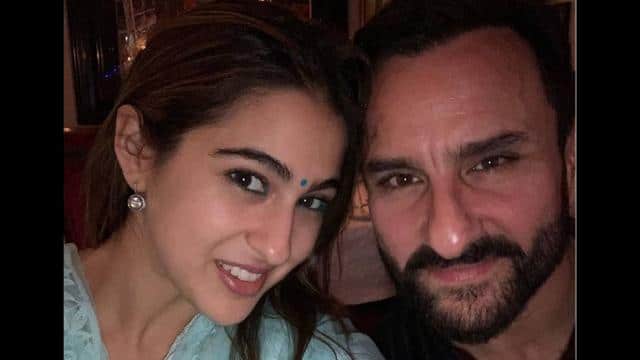 Saif Ali Khan told- Why is it fun to see Sara Ali Khan on screen, said – have not seen the trailer of ‘Coolie No.1’

Sara Ali Khan is busy these days in the promotion of her upcoming film Coolie No.1. But, Sara’s father Saif Ali Khan has not yet seen the film’s trailer. Along with this, he has told why it is fun for him to see Sara on screen?

In a conversation with Mumbai Mirror, Saif talked about Sara’s film ‘Coolie No.1’ and said that it is ‘fun’ to see her on screen as a father. The actor said that Sara has shown him some songs from his film Coolie No.1. Which also stars Varun Dhawan. Saif said, “Looking at the songs, she seems to be enjoying a lot.” Saif tells Sara that he still sees her as a little girl. In such a situation, he likes to grow up and then see him in films.

Bigg Boss 14: Pavitra Punia breaks silence on Sumit Maheshwari’s claims of marriage and cheating, says- I am in the memory of Ejaz Khan

Talking about the trailer of the film Coolie No.1, Saif said, ‘No, I haven’t seen yet. But I have been shown a few songs, in which she seems quite happy. It is fun to see Sarah on screen because to me she is still a little girl. But of course she has grown up now. ‘

Let us tell you that these days Saif Ali Khan is shooting his upcoming film ‘Bhoot Police’ with Arjun Kapoor and Yami Gautam in Palampur, Himachal Pradesh. The film also stars Jacqueline Fernandes. The director of the horror comedy film is Pawan Kripalani. The film is being produced by Fox Star Studios. Apart from ‘Bhoot Police’, Saif Ali Khan will also be seen in Om Raut’s ‘Adipurush’. Saif will play the role of Ravana in the film. Apart from this, he will also be seen sharing screen with Rani Mukherjee in ‘Bunty Aur Babli 2’.