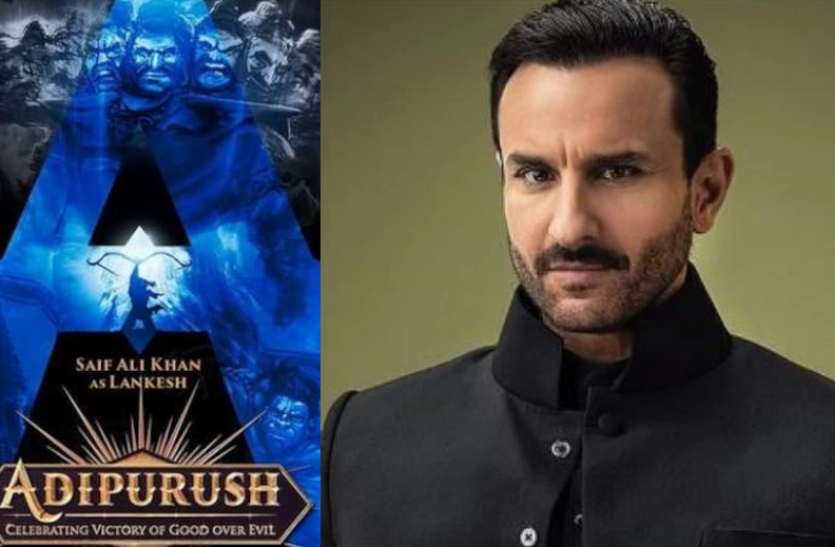 Saif Ali Khan said about the role of Ravana in ‘Adipurush’, I will become a 10-head demon in the film

Mumbai. Bollywood actor Saif Ali Khan has been playing a variety of challenging roles over the years. The roles that top actors are hesitant to do. He played Udaybhan’s negative character in the film ‘Tanhaji’ and this gave him a lot of praise. Now he will be seen playing the role of Ravana in the upcoming movie ‘Adipurush’. Kriti Sanon will be seen in the role of Sita and Prabhas Ram in this movie. Saif has revealed his role in a conversation. At the same time, there is a buzz that Kareena Kapoor can be seen in the role of Sita in another film.

Characters will be enlarged
Saif Ali Khan says about his role in ‘Adipurush’ that this character is challenging for him. It is also a risk to play this character. However, Saif is happy about this role. In an interview to ‘Film Companion’, Saif Ali Khan said, ‘Most of the things in the film will be original. But the characters will be enlarged, this includes my character. Director Om Raut wants him to take training for this so that the role can be shown to be powerful. The actor says that ‘Ravana’ is the demon of our country, but he is also called a powerful and intelligent king. ‘

Also read: After ‘Adipurush’, Saif Ali Khan will play another big film, will play the role of firefighter!

‘I will also be a 10-headed demon in the film’
Regarding preparing for his role, Saif Ali Khan said, ‘To play the role of Ravana, I was thinking what could be in it that would make this role come alive. Then he remembered that he was known for arrogance and arrogance. He is a demon and has not one but ten heads. According to this, this role is very strong and very fun to play. I will also be a 10 head demon in the film for which I am quite excited. The whole point of the story is to drive away the demon. ‘ However, it is not clear whether his 10 heads will actually be shown or it will be symbolic.

Also read: When Saif Ali Khan suffered a serious injury during the shoot of ‘Kya Kehna’, more than 100 stitches were inflicted

There was a dispute about the human side of Ravana
Significantly, last year Saif Ali Khan came into controversy after discussing the role of this Ravana. He had said at the time that in this film he would show the human side of Ravana. It will also explain how Ravana was right to kill Sita. He was also right to fight with Rama as Laxman had cut off the nose of his sister Shuparnakha. Due to such statement, a lot of controversy had arisen. Seeing the escalation of the controversy, the actor apologized.

Here Ranveer will become ‘Ravan’, Kareena can become ‘Sita’
In the industry, a film called ‘Sita’ is going to be based on Ram Katha. It will be directed by Supernatural Desai. It is being said in the reports that the role of Sita can be seen in Kareena Kapoor or Alia Bhatt. The final decision is yet to be made. In the same movie, Ranveer Singh has been talked to play the role of Ravana.