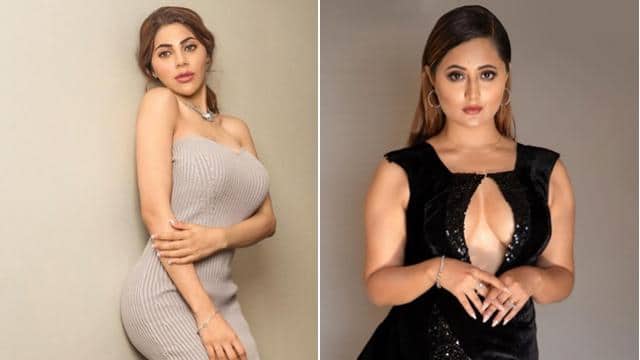 Rashmi Desai came in favor of Nikki Tamboli on this issue, trolling Trolls

The brother of Bigg Boss fame Nikki Tamboli passed away some time ago, but due to his professional commitments, Nikki decided to move forward leaving that pain behind. However, some social media users did not like this decision of Nikki and tried to troll the actress, to which Nikki also gave a befitting reply. At the same time, Rashmi Desai has also come in favor of Nikki Tamboli.

Rashmi trolled trolls
Rashmi Desai has trolled trolls on Viral Bhiyani’s post. Rashmi commented on Viral’s post, writing, ‘It was his brother’s dream that he won 11 players of the dangers, but not everyone knows only close to Nikki. People should support Nikki but they are giving knowledge …. The truth is that if they get a chance, they will not help their neighbors too and if they help, do not ask. ‘ Recall that Nikki’s brother Jatin Tamboli passed away due to Kovid, and Nikki Danger player 11 had already signed on.

Nikki was getting hate messages
Please tell that shortly after the demise of brother, Nikki Tamboli had left for Cape Town for the player of dangers, in which he was receiving many hate messages. After which Nikki trolled Trolls. Nikki wrote in her Insta story, ‘Some stupid people are messaging me and commenting on my photos that my brother died a few days ago, don’t I feel ashamed I’m going there and enjoying . ‘

I have my own life too
Nikki further wrote in her post, ‘Idiots let me tell you that I have my own life too, I too have the right to be happy, not for myself or for my brother. Because she liked it when I was happy. These people who have no work except to comment and spread negativity, I appeal to them to go and achieve their dreams. It will bring happiness to you, your parents and your family. ‘