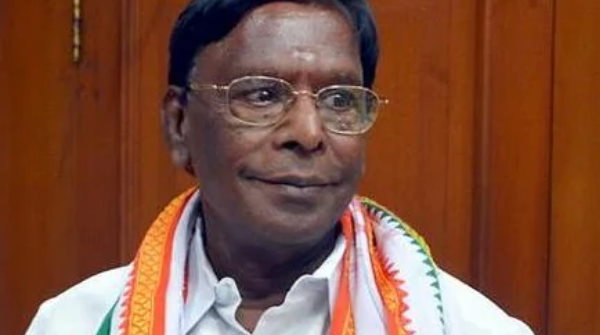 Puducherry Congress in-charge Dinesh Gundu Rao said, The former Chief Minister of Puducherry will not contest the 2021 assembly elections. They will look at election campaigning and election management. The state has a total of 30 assembly seats. In the state, Congress is contesting elections along with DMK, CPI VCK. Congress has got 15 seats here. DMK has got 13 seats, CPI and VCK one each.

DMK, which is contesting in alliance with Congress in Puducherry, has announced candidates on 12 out of the 13 seats on its account. The DMK has fielded two former ministers and six new faces. Former Education Minister SP Shivakumar has been given ticket from Raj Bhavan seat while former Health Minister AMH Nazim has been given ticket from Karaikal Dakshin seat. There is not a single female candidate in the DMK’s 12 candidates. All seats will go to polls in a phase on 6 April. The results will come out on 2 May.

On the other hand, BJP has released the list of nine candidates for the Puducherry assembly election. A. Puducherry Congress President A. Namassivayam has now been given ticket from Mannadipet seat by BJP. The BJP has fielded V Saminathan from Labspet, Sai J Sarwan Kumar from Usudu, A Johnkumar from Kamaraj Nagar, PML Kalyanasundaram from Kalapet, William Richards Johnkumar from Nellittop.